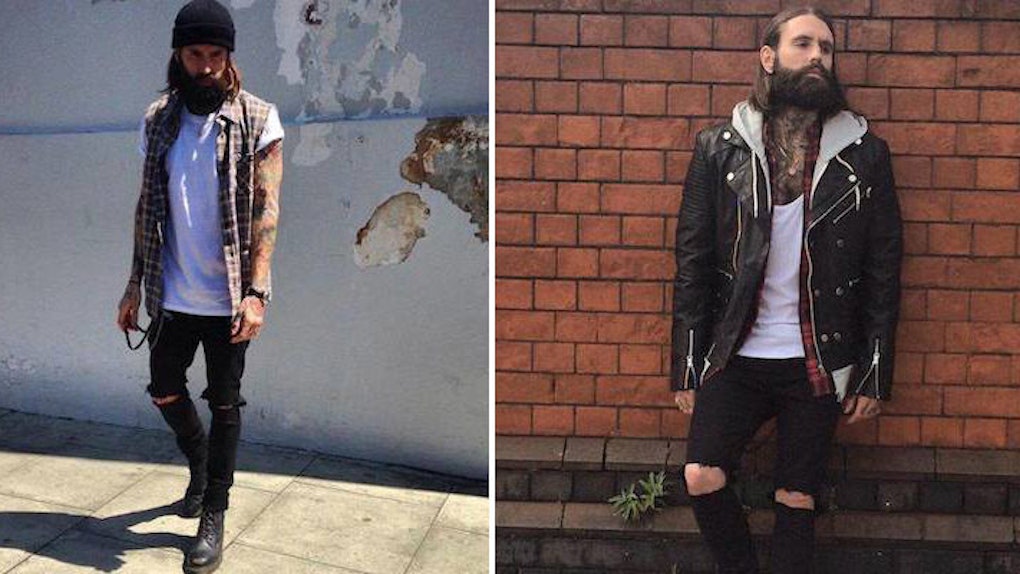 Most of us, if asked to choose a style icon, would name a celebrity of some sort: an actress, perhaps, or maybe a model or blogger.

But not Ricki Hall.

The 28-year-old male model recently sat down for an interview with the Sunday Times Magazine and revealed he only takes fashion cues from the less… established.

I take style tips from everything, even kids and homeless people. They can put anything together and it just works.

Unsurprisingly, his comments aren't going over too well, and several have called him out on Twitter for his insensitive and callous attitude toward the less fortunate.

Several have even taken to referring to Hall, who is Kelly Osbourne's ex, as the "real-life Zoolander." If you've ever seen the movie, you should know that is not meant as a compliment.

He doesn't seem to care though: The anti-hipster hipster has yet to apologize for his comment.

Head over to Instagram and give our new stylist Ricki Hall a follow: http://t.co/BYhz8DWfsd pic.twitter.com/w7cdhkT7bA — ASOS Stylists (@ASOS_Stylist) June 10, 2015