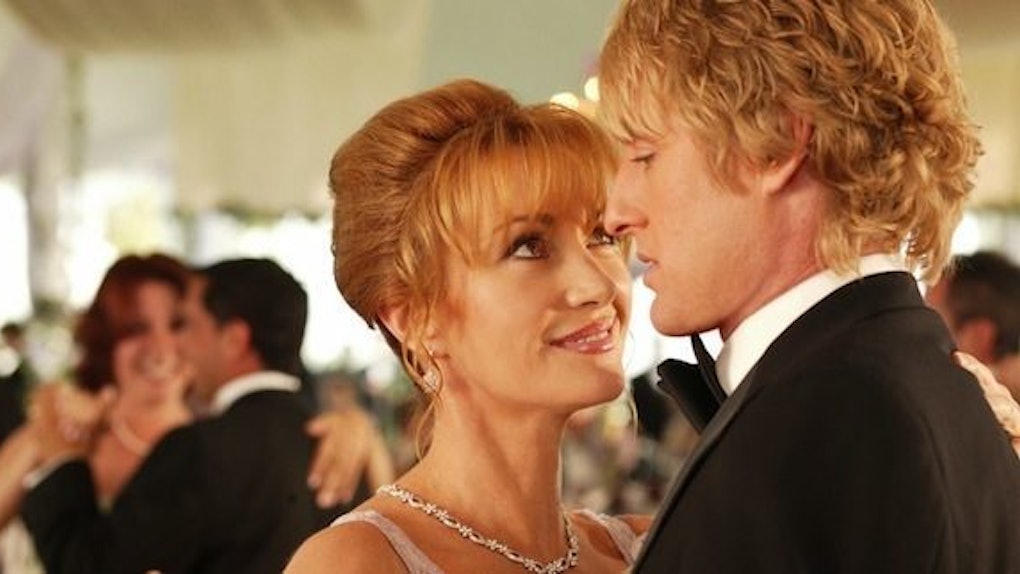 Bad news for the ladies: Apparently, one in six men find their mother-in-laws more attractive than their wives.

This distressing factoid was unearthed by a study of 1,500 men.

In addition, the study found 25 percent of men are sexually attracted to their mother-in-laws while nearly one-third believe mommy loves them, too.

Even Owen Wilson couldn't resist feeling up the cougar in "Wedding Crashers." By the end of the movie, it seems pretty likely she'll end up becoming his mother-in-law...

Less creepy: Nearly two-thirds of the men studied admitted they'd be happy if their wife aged as well as her mother, and approximately half of wedded males believe their wife's style is influenced by mommy dearest.

Strangely, the survey was commissioned by the folks over at fashion label Peter Hahn, likely in an attempt to destigmatize aging.

A spokesperson for the brand said,

It's easy to pigeonhole older women and sometimes hard for them to feel sexy or appreciated, but this study reveals how admired so many mother-in-laws actually are, both for their appearances, style and personality overall.

Freud would be proud.

Citations: One in six men think their mother in law is hotter than their wife (Metro)