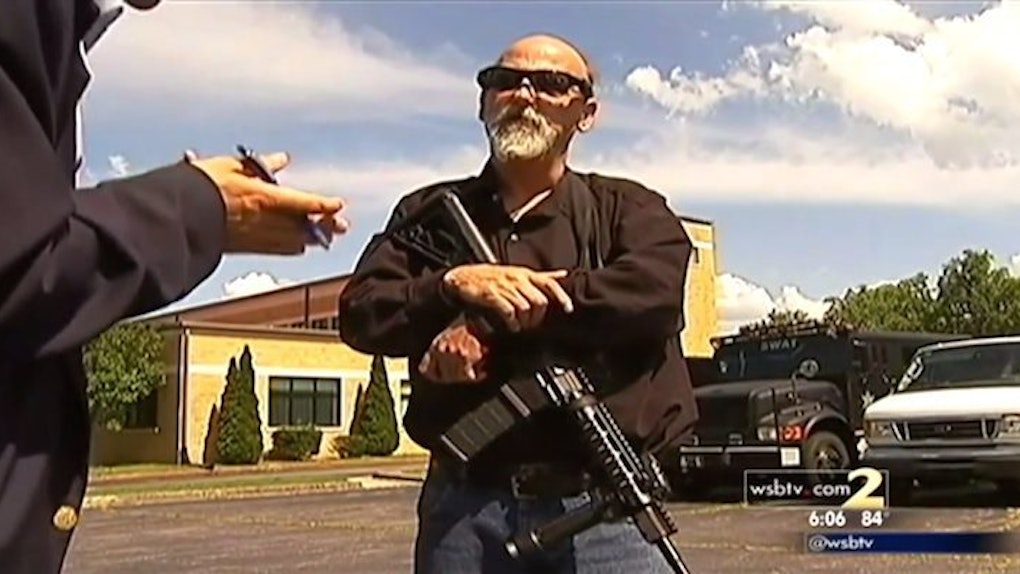 Jim Cooley held onto a loaded AR-15 rifle while he and his wife walked their daughter to her flight in an Atlanta airport terminal. Cooley faced zero disciplinary action.

However, there was little police officers could do because it's perfectly legal to carry a gun in a Georgia airport up until you reach a security checkpoint.

It shouldn't matter what I carry, just that I choose to carry. You never know where something might happen.

A fire marshal and police officer asked Cooley why he was carrying the automatic weapon, and he had one simple answer: safety.

The officer stopped Cooley again as he was about to leave the airport and informed other APD members of the weapon.

Cooley told WSB-TV a police lieutenant accompanied by two more officers followed him to his car and took pictures of the vehicle.

If you don't exercise your rights, the government doesn't have any hesitation taking them away.

Georgia residents with gun licenses are able to bring guns into airports ever since the "guns everywhere" law went into effect July 1, 2014.

The law grants permission to carry guns in bars, schools and churches, according to USA TODAY.