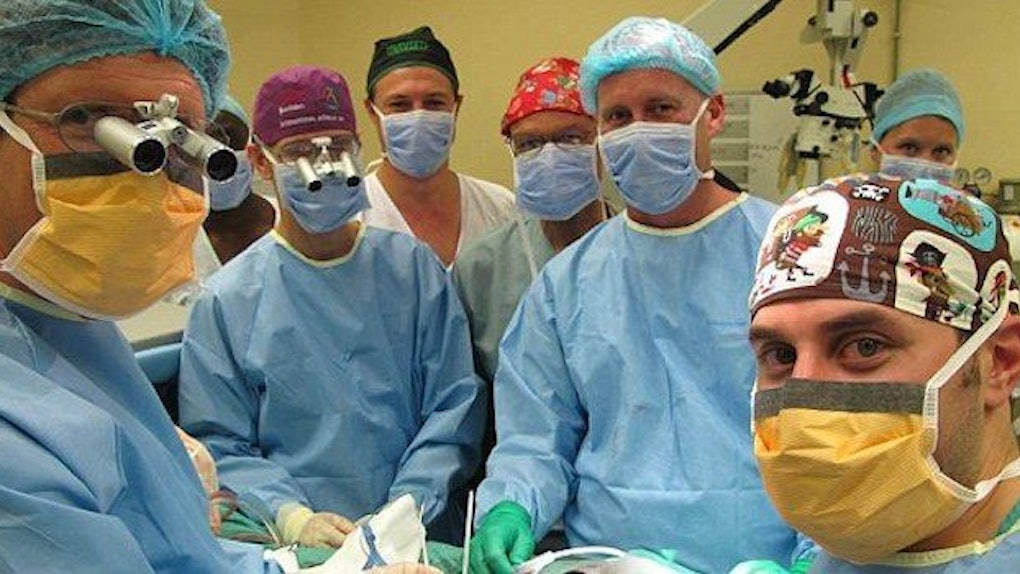 A Happy Ending: Man Who Had A Penis Transplant Successfully Had Sex

It's a happy ending for the 21-year-old recipient of the world's first successful penis transplant.

Daily Mail reports the South African man, who had all but an inch of his original penis amputated three years ago during a badly-done circumcision, is back to having regular sexual relations with his girlfriend just five weeks after his transplant.

Frank Graewe, a professor who participated in the patient's nine-hour surgery, was all too willing to dish on the man's newly regained sexual confidence.

[The patient] gets good quality erections, ejaculates and has frequent sex with his partner.

Although the cadaver-donated penis will never be exactly the same as the man's original, it still functions and has feeling. However, like many other men, the patient's penis differs slightly in color from the rest of his body.

It's a massive breakthrough. We've proved that it can be done – we can give someone an organ that is just as good as the one that he had... It was a privilege to be part of this first successful penis transplant in the world.

The only person happier than the medical team is the patient himself, who has yet to make a statement. He's probably a little busy right now.

Citations: Worlds first penis transplant patient is able to have sex with girlfriend weeks after op as surgeons make appeal for donors so other men can have surgery (Daily Mail )