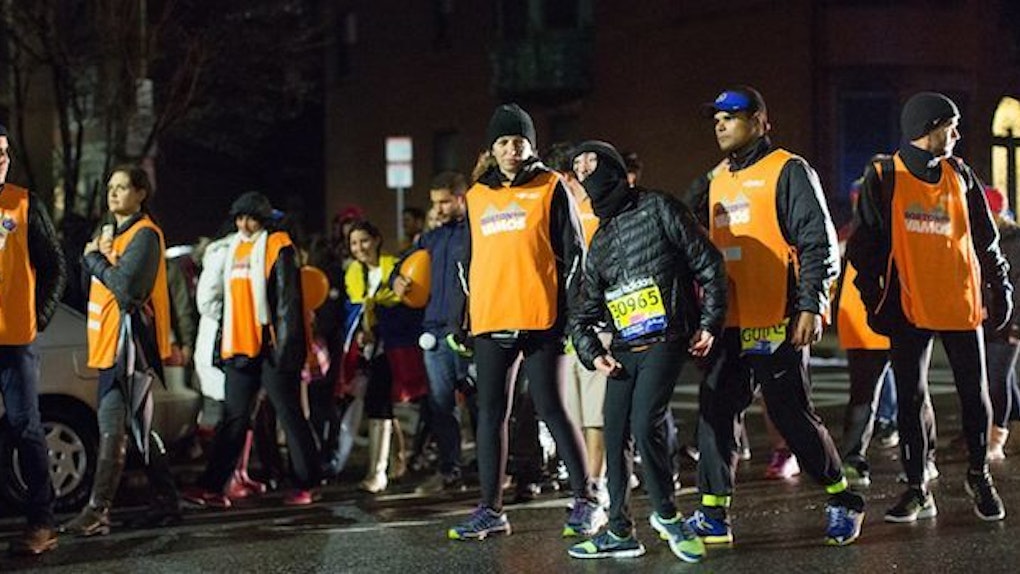 A Venezuelan man with muscular dystrophy has finished the Boston Marathon after more than 20 hours in motion.

Maickel Melamed, 39, was the last person to complete the 26.2-mile competition a little before 5 am Tuesday, according to Yahoo Health.

Dozens of volunteers from Vamos, the foundation Melamed runs for, accompanied him through torrential thunderstorms as he crossed the finished line.

Photographer Michael Blanchard wrote on Facebook that at one point, approximately 100 people were walking and singing alongside Melamed.

For the Venezuelan people, he is like a symbol of hope. He gives this message: If you can dream it, you can do it.

Melamed was diagnosed at birth with a form of muscular dystrophy that makes it extremely difficult to move.

But he has refused to let the disease limit his dreams and travels the world as a motivational speaker to inspire fellow sufferers.

Melamed additionally works as a college professor, economist and physiotherapist.

He has run marathons in New York, Berlin, Tokyo and Chicago and even reached the top of Venezuela's highest mountain, Pico Bolivar.

The Boston Marathon holds a special place in his heart, however, since this is where he received treatment for his disease in his early years.

Today we conquer the impossible, today more than ever everything is possible. Thanks to all.

The victory marks the end of this logic-defying career as this was Melamed's last race.