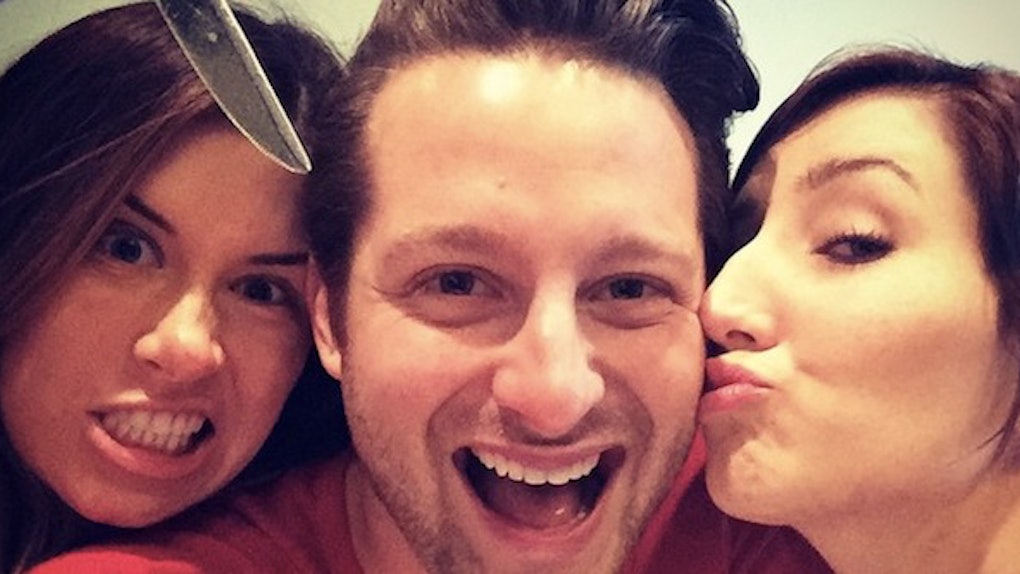 While many find solace in having one partner, Los Angeles resident Adam Lyons relies on two.

The polyamorous man and his girlfriends, Jane and Brooke, have made a home in California with their two children. The Daily Mail reports Lyons, 34, was once married to just one woman.

But after discovering an interest in polyamory as a way to liven up his marriage, Lyons began spending more time with his wife's friend, 26-year-old Brooke Shedd, than with her.

After separating from his wife, Lyons began tackling the dating scene with Brooke, who identifies as bisexual, by his side.

They soon met Jane Shalakhova, a 25-year-old photographer, who fell in love with the pair.

Today, the "throuple" shares a home and a California king size bed.

A regular bed just isn't big enough to hold them – especially since they're open to looking for a fourth partner.

Each has his or her own set of blankets to avoid fighting over the covers.

Just months ago, Brooke gave birth to a son she and Lyons conceived together, Danté.

While the trio insists they're just like any other family, they do take time for separate date nights.

Lyons enjoys taking his girlfriends out on the town, while Brooke and Jane prefer to stay in during their nights alone.

Brooke told Daily Mail she's only concerned about providing love for her children.

"Danté and Oliver will grow up seeing what he sees -- I can only hope he knows how much love he's surrounded by with me, Adam and Jane around."

And the family is still growing.

Within the next few years, Jane plans to add a child of her own to the mix.