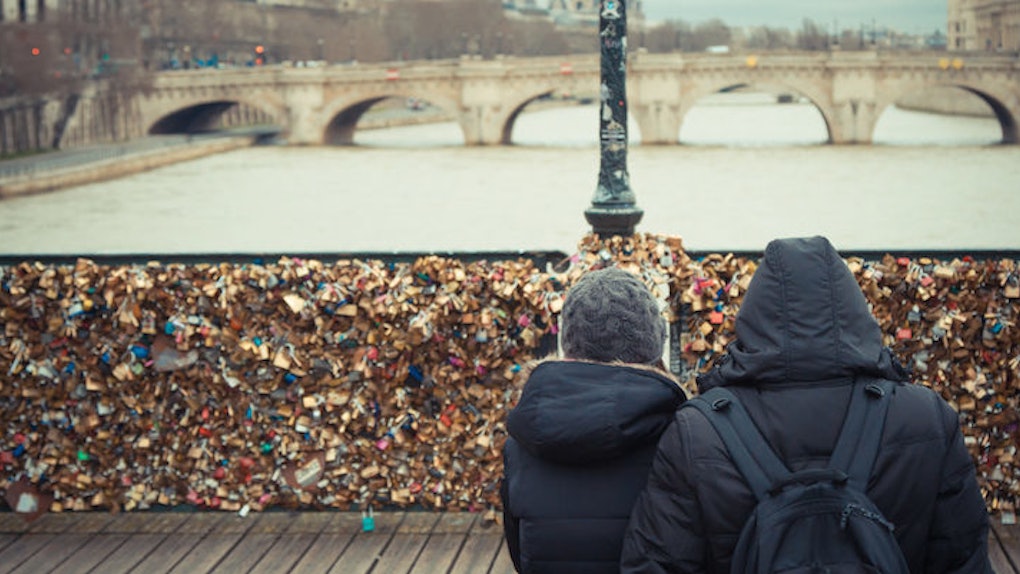 Paris might be the city of love, but residents would love it if you could keep those sentiments to yourself.

The heavy locks have long been a contested subject in Paris, a city devoted to beauty. Tourists may have adored the idea of sealing their love, but residents largely overlooked the shiny padlocks.

Citing the preservation of the bridge's history and the potential danger to visitors, Le Monde and the AFP report Paris officials green-lighted the decision to replace the mesh panels rather than just removing each padlock individually.

The bridge's new panels will reportedly feature works of art.

Soon after, they'll be replaced by easy-to-clean Plexiglass. Instead of placing a padlock, tourists can join the #LoveWithoutLocks movement.

Bruno Julliard, the deputy mayor of Paris, told press there are almost one million locks, totalling more than 99,000 pounds.

Indeed, the Pont des Arts bridge is so popular, it's inspired tourists to begin placing metal symbols of their love in other cities. Last summer, workmen removed 20,000 locks from Venice's Ponte dell'Accademia.