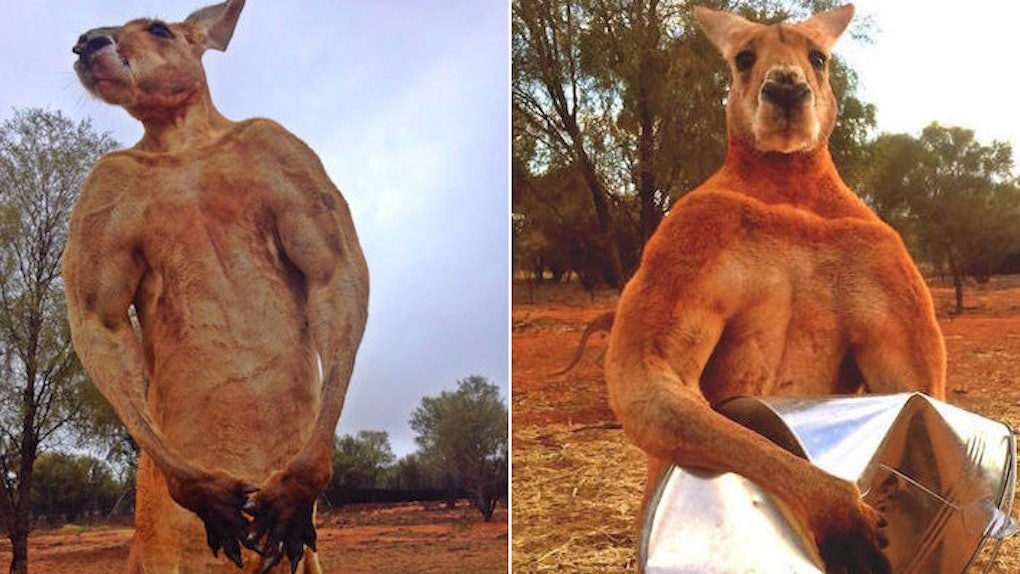 Roger the red kangaroo is easily the most muscular marsupial you've ever seen.

Weighing in at 196 pounds and standing at about 6'5", the 9-year-old lives at The Kangaroo Sanctuary in Alice Springs, Australia.

Sanctuary manager Chris Barnes, who refers to himself as Roger's "mum," told Daily Mail Roger maintains his incredible physique through daily sparring sessions with other kangaroos, crushing metal buckets and chasing his "mum" around.

According to Barnes, Roger is the alpha male of his group and will "attack anyone or anything that gets too close to him or his women."

Red kangaroos are among the larger kangaroo species but only live 12 to 15 years.

Baby Roger was rescued in 2006 when his mother was found dead on a highway.

He has since trained in hand-to-hand combat.

This stuffed animal was reportedly treated as a wrestling dummy.

Roger is expected to get even bigger in the coming years.