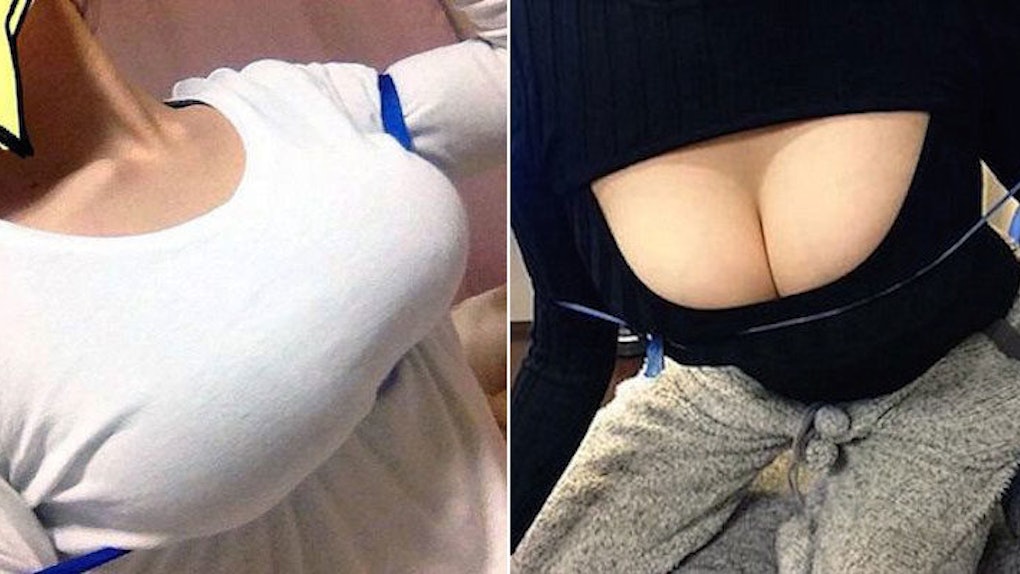 Japanese women have discovered the most genius way to make their breasts look bigger, and fortunately, it does not involve going under the knife.

Bigger boobs, it seems — or rather, the appearance of bigger boobs — is just a ribbon-tie away.

Bear with me: The crafty ladies discovered if you tie a ribbon around your ribcage directly under the breasts and loop it around your arms and back, it acts like a push-up bra, making the cleavage (appear) super-deep.

The idea was inspired by a popular busty anime cartoon character, Hestia, who is depicted rockin' the trend.

And as with everything in Japan, the ribbon-tie has become a major fad among young women. It's everywhere.

While the trick totally works (like, really well), it limits movement as the arms are left bound by the knotted ribbon.

Personally, not my thing — proud member of the itty bitty titty committee over here — but if you're interested, check out the NSFW photos below.

Hestia, the character who sparked the trend.

The ribbon lifts the breasts by pulling upward on the arms.

It does create some serious cleavage....

How big is too big?

And why is Anime so porny?