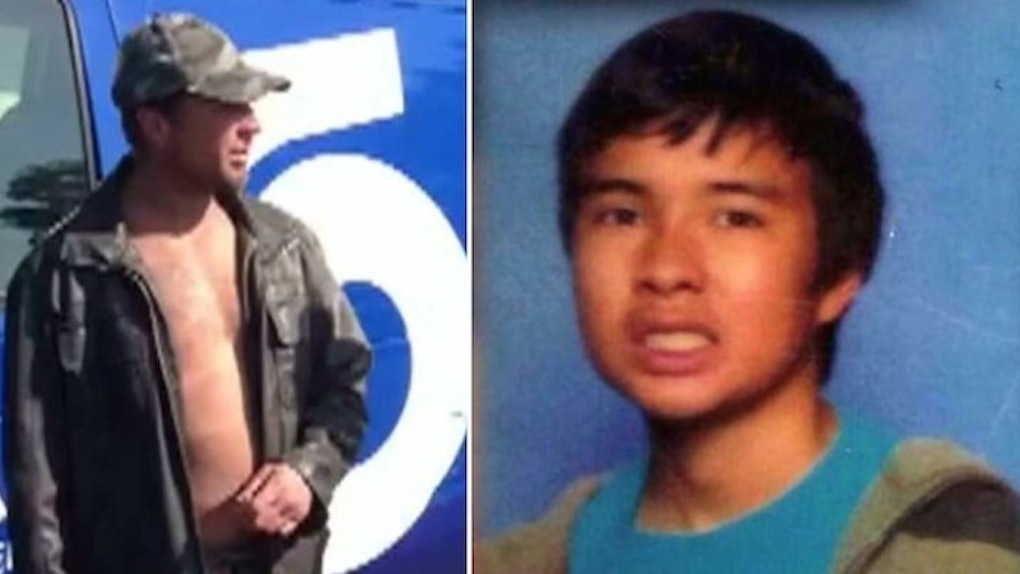 A frightened teenager with autism lost track of his mother in a California supermarket, and he has a local homeless man to thank for his safe return.

KTLA reports Ian Hinton, 37, was approached by Officer David Chang Tuesday and shown a photo of Charles Truong, a missing 17-year-old with the mental age of a 4-year-old.

Although Hinton didn't recognize the boy, he agreed to keep an eye out for him.

And sure enough, Hinton spotted Truong at the side of a road just hours later. According to local media, the teen appeared upset and was waving his hands in distress.

Hinton kept a cool head, however, and began asking passersby if they would call the police and report the boy's location. The third person he spoke with finally agreed, and officers were able to bring Truong home.

In thanks for a safe return, Garden Grove police presented Hinton with a Coin of Merit. They plan to honor his heroic actions in a small ceremony, alongside the woman he asked to phone police.

Truong, who has been reunited with his mom, owes his safety to Hinton's quick thinking.

Truong disappeared from a supermarket.

He's been given a small badge of thanks by local police.