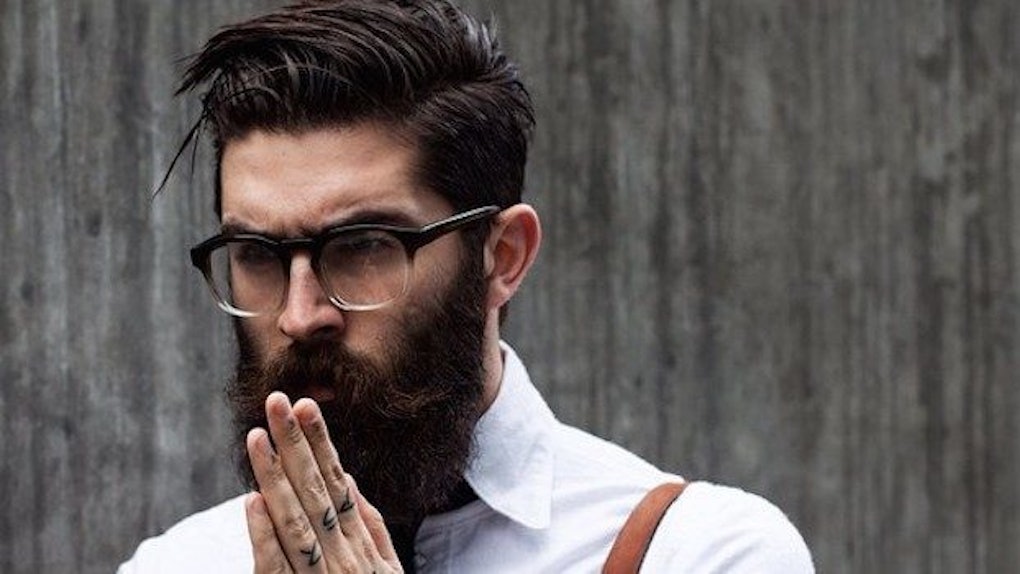 If you're the kind of lady who likes your men a little hairy, we have some bad news for you: That glorious bushel of beard on your man may be nothing more than a massive bacteria trap.

This theory was first tested in the 1960s by US Army microbiologist Manuel Barbeito.

He'd noticed germs spread easily via lab coats and shoes, and wanted to see if beards were also a major host.

To test his hypothesis, he had his lab workers grow bushy beards, which he sprayed with benign bacteria.

He found even when the men washed their beards, bacteria clung to the hairs remarkably well — and that the bacteria would continue to produce when left to grow in this environment.

Since then, other studies have further validated these findings.

Some, like trichologist Carol Walker, argue those with facial hair — or those who come in close contact to facial hair — are at higher risk of contracting bacterial viruses and infections.

Hair around the nostrils and mouth is well-placed to harbor bacteria. If someone has a cold, a runny nose, it can trickle down and be trapped in the beard. Food and drink can dribble down too.

This would then result in a potential buildup of Staphylococci bacteria that can be transferred to others via kissing or close contact.

Others, however, like Aston University Professor Anthony Hilton, argue though beards can transfer bacteria, there is little evidence to suggest any danger.

It's the same bacteria that's on your skin, It's not problematic and it's not a health risk.

Either way, the reality that your boyfriend's beard is likely teeming with thousands of microscopic bugs is more than a little revolting.