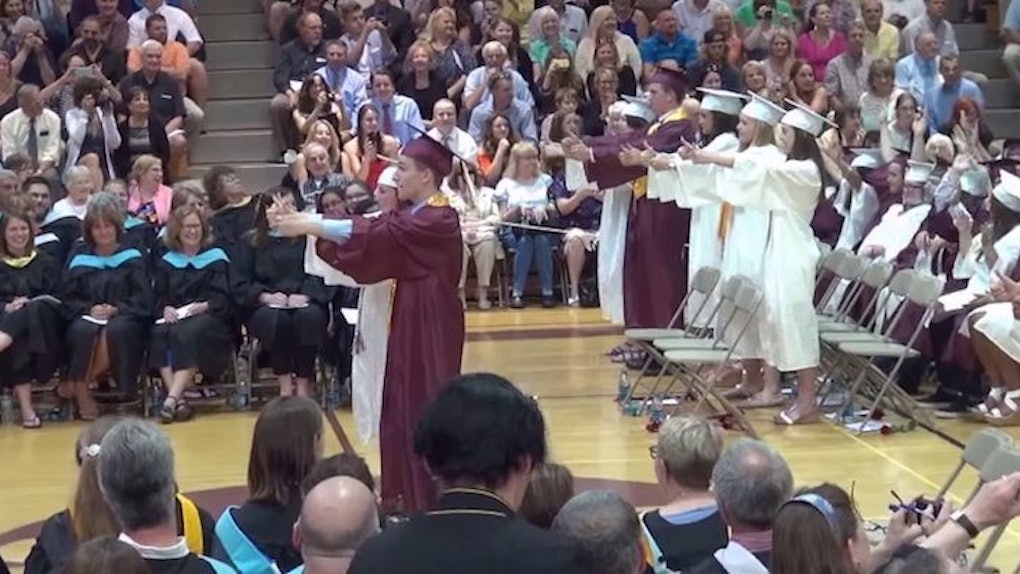 Before heading off to the next stage of their lives, the Portsmouth High class of 2015 wanted to leave a Taylor Swift-shaped legacy in the hallowed halls of their soon-t0-be alma mater.

But how does one encapsulate the essence of the world’s most beloved singer while sitting in a school gym?

As far as I’m concerned, flash mobs will never go out of fashion. They instantly make any event WAY better.

There is nothing that can’t be improved with a well-planned flash mob.

I would watch CNBC every day if I knew the cast of “Power Lunch” would break into random choreographed dance to the hits of today.

Really, the only way to improve a flash mob is to have a second flash mob happen during the original flash mob.

These high school kids get it, and so should the rest of the world.