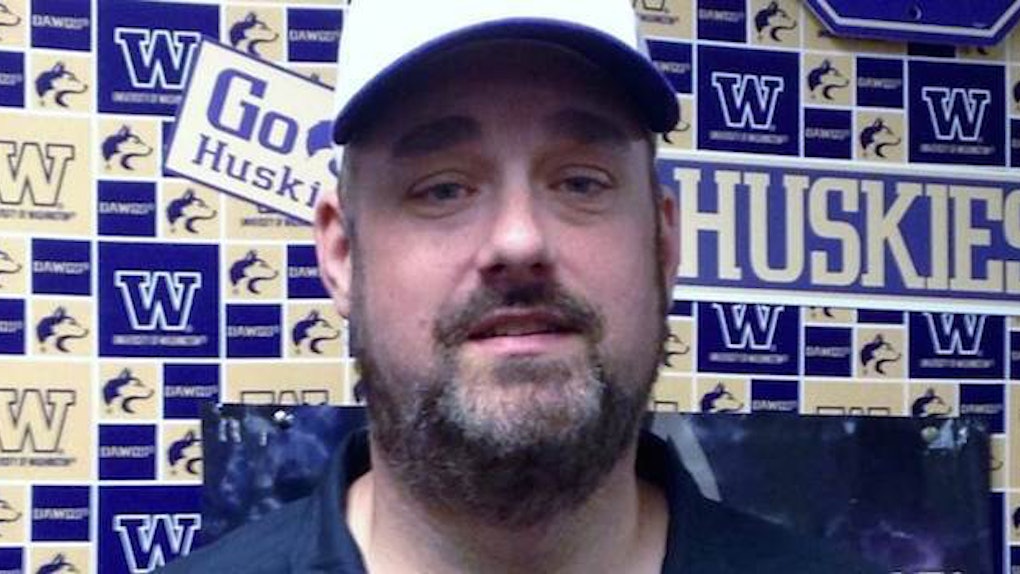 NBC reports a 16-year-old student entered Lacey, Washington's North Thurston High School early Monday with what may have been his parents' gun before firing into the floor of the gym and soon afterward, the cafeteria's ceiling.

As word spread throughout the school, social studies teacher Brady Olson came running, according to KING5.

He physically took the student down, just as the high school's student resource officer Ed McClanahan took aim with the alleged intention of firing.

Local police say the sophomore, who'd only been enrolled at the school for a month, may have been hoping to be shot by the officer.

In a statement released to press, Olson said,

I'm very thankful that we're all okay. As always, students come first, and today was no different. I reacted in a way that any other teacher would react and at the sound of a gunshot had three other adults... going toward the sound of gun fire rather than away.

The unnamed teenager is reportedly still in police custody at the Thurston County Juvenile Detention Center. Local investigations are ongoing.

Thanks to community and parents for your support during this difficult time! #NTHSshooting — N. Thurston Schools (@NTPSnews) April 27, 2015

Media: student in question was not from Rainier HS -it was Mt. Rainier in Des Moines. Our apologies. We had inaccurate info. #NTHSshooting — N. Thurston Schools (@NTPSnews) April 27, 2015

Picture of the commons after everything went down... pic.twitter.com/TZphjOfQtB — Samoan (@samoanspam) April 27, 2015

The North Thurston High School community is eager to band together in the wake of the shooting.

omg can u imagine the parent getting this text from your kid? http://t.co/UNZDwpFiGn pic.twitter.com/A6krVFjc3p — Oliver Willis (@owillis) April 27, 2015