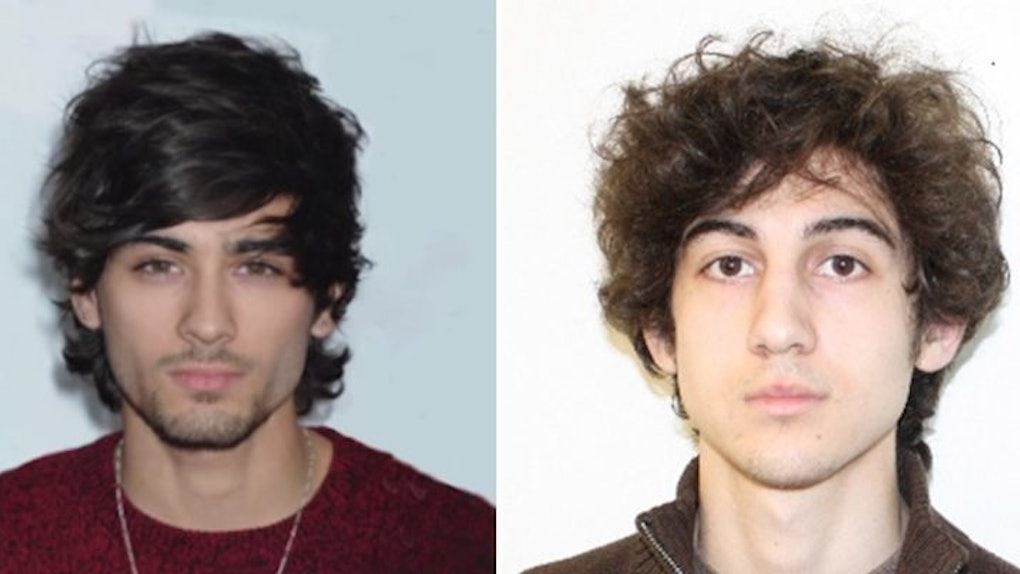 Bill Maher has been anything but discreet when it comes to his opinions on Islam.

The 59-year-old "Real Time with Bill Maher" host is no stranger to riling up Muslims with his unapologetic stance on the Middle East, Islam and all things in-between.

Maher was previously accused of Islamophobia when he stated, “I don’t have to apologize, do I, for not wanting the Western world to be taken over by Islam in 300 years?” This past fall, he even described Islam as "the only religion that acts like a mafia."

But, this time, Maher may have gone and upset the wrong group of people: Directioners.

During an online-only bit that was posted last week, Maher addressed 22-year-old Zayn Malik’s departure from the popular boy band, One Direction.

He mocked heartbroken Directioners by jokingly stating, “"I think after everything we've been through, I at least deserve the common respect of being told face to face," Maher said. "Just tell me two things, Zayn: Which one in the band were you?" he continued, "And where were you during the Boston Marathon?"

A photo of Malik was then placed side-by-side with one of 21-year-old Dzhokhar Tsarnaev, who is currently on trial for his involvement in the 2013 Boston Marathon bombing.

Many fans are outraged because the comedian mocked not only Malik's Muslim faith but his appearance, as well.

The comparison led to a worldwide trending topic #RespectForZayn on Twitter.

Fans have also set up a Charge.org petition, which currently has over 3,000 supporters, calling for Maher to apologize.

“[T]his is not about making Bill Maher a scapegoat and before you disregard this thinking 1D fans are angry because of Zayn Malik, think again. This is about how islamophobia, racism and discrimination of ANY kind is wrong, shouldn’t be ignored and must end [...] Racism should not become normalised especially on NATIONAL TELEVISION. Bill Maher and whoever wrote the script, need to be severely disciplined and at least apologise to show that this type of behaviour is NEVER ok," the petition outlined.

Maher, a loud and proud atheist, is infamous for bashing other religions' beliefs. Jokes are jokes, but there is a line and he definitely crossed it.

This isn’t the first time the singer, who was born and raised Muslim, has been attacked.

In 2014, "The Daily Show with Jon Stewart" was accused of letting the joke go too far when they listed One Direction as a terrorist organization.

In the skit, "Senior Pentagon Correspondent," Jessica Williams makes a comment about one member from One Direction joining members from other terrorist groups (such as ISIS, Al Qaeda and the Zetas) to form one giant terrorist group.

Although Williams doesn’t name Malik specifically, the mention of “a member from One Direction” led many to believe she was referring specifically to Malik. Satirical comments like these are not only unproductive, but also spread Islamaphobic thoughts.

Maher’s comments were directed to Malik, as well as believers of Islam across the world.

Spokesperson for Council on American-Islamic Relations Ibrahim Hooper tells PEOPLE, “It shows that he’s really not missing an opportunity to engage in his Islamaphobic themes.

He serves to legitimize Islamaphobic in the left which is one of the unfortunate byproducts of his intolerance of Islam and Muslims.”

This is about every Muslim who has struggled on a daily basis because of ignorance and religious intolerance. It's about living with comments just like Maher’s day-in and day-out.

It's about dealing with people who use every opportunity they can to spread Islamophobia.

This is about Muslims who are tired of people, like Maher, who use their positions of power to spread and normalize their hate-filled and damaging beliefs.

Malik has yet to respond to Maher's comments.