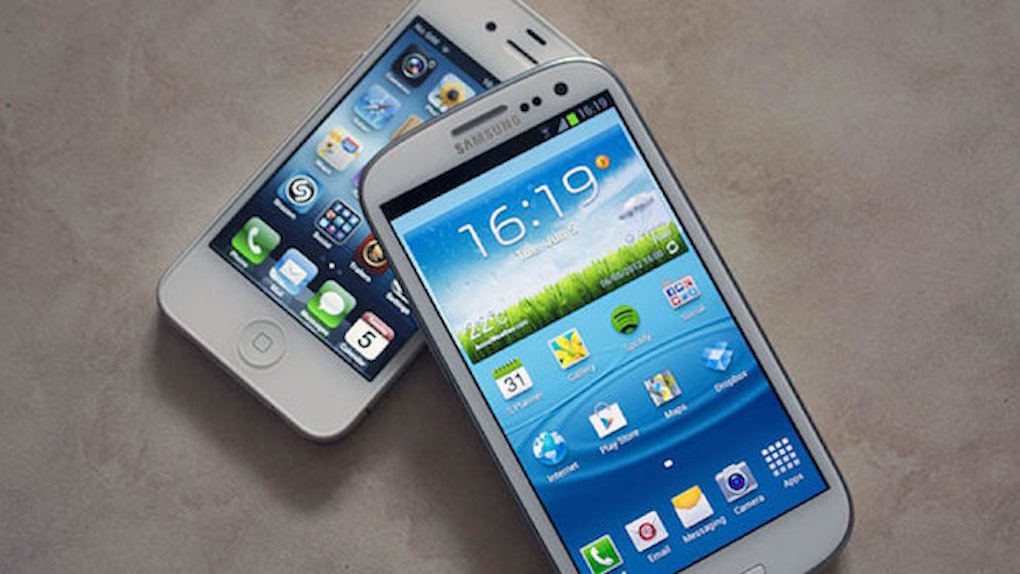 Two Guys End Up Stabbing Each Other Over An iPhone Vs. Android Debate

If you thought arguments over smart phones were vicious online, imagine what happens when the two people are face-to-face and hammered drunk.

Police in Tulsa, Oklahoma arrived at the Evergreen Apartments at 1 am Friday morning to find a young man covered in bloody cuts all over his head and body wandering around the parking lot, KTUL reports.

The young man was the visibly intoxicated Jiro Mendez, and he told officials he and his roommate, Elias Ecevo, just had a heated debate over whether an iPhone or Android was the better device.

According to Tulsa World, Mendez claimed Ecevo hit him several times with a broken glass bottle before making away with his car.

Police went up to the apartment and found Ecevo, who was also covered in blood from beer bottle wounds, and a third unnamed man.

The roommates were both taken to the hospital to be treated for non-life-threatening injuries.

Mendez's car was found not far from the apartment and it was also, unsurprisingly, full of blood.

They have since been booked into Tulsa county jail as police continue to investigate the bizarre case.

Citations: Roommates jailed after fight over Android vs Apple smartphones (Tulsa World), Tulsa Roommates Stab Each Other Over Debate Between iPhone Android (KTUL)