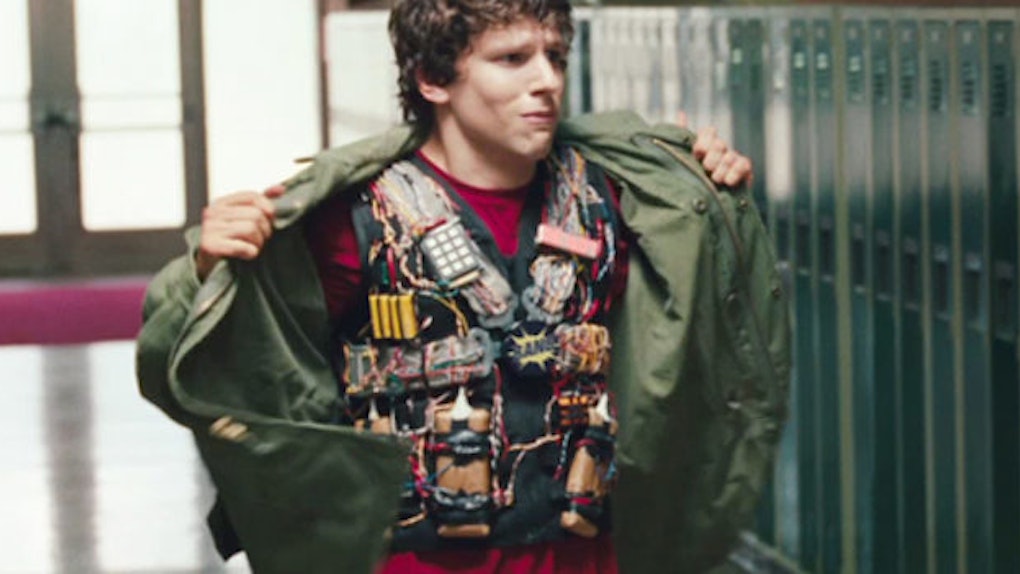 Guy Gets Suspended After Wearing Fake Bomb In Worst Promposal Ever

This is one promposal that hopefully won't be repeated.

In a misguided attempt at humor, one 18-year-old student strapped a fake bomb around his waist to ask a girl to prom.

In promposals, you're supposed to go big. It's kind of a trending thing now, too, where everyone just asks in a really creative way.

According to officials at La Center High School, during lunchtime, Ahmad took to the cafeteria's stage wearing a paintball vest adorned with red tubes and wire made to look like bombs and held up a sign that read:

I kno its a little late, but I'm kinda….THE BOMB! Rilea, Will U be my date to prom?

I'm Middle Eastern, and I thought the bomb was kind of funny and clever. I wasn't wearing the vest for more than, like, 20 seconds.

Though officials confirmed the prop was not a legitimate weapon, the district decided to “make an example” out of Ahmad's questionable behavior and suspended him for five days, making him unable to attend prom.

I want all my kids to feel safe and supported, but there's a line. Given the way the world is today and school safety, even if one parent or one student was upset about this, it causes issues.

And though cell phone footage shows students laughing at the prank, Mansell insists,

It's just blatant disrespect. He knew that the principal wouldn't support this and he went ahead and did it anyway.

Ahmad, on the other hand, believes the school's reaction is racially motivated.

It was really unfair, and it felt kind of racist. If anyone else did that, I feel like no one else would have gotten in trouble.

Whether that's true or not, the fact remains: Poking fun at terrorism is in extremely bad taste. Hopefully next time Ahmad asks a lady out, he leaves the weapons -- real and fake -- at home.