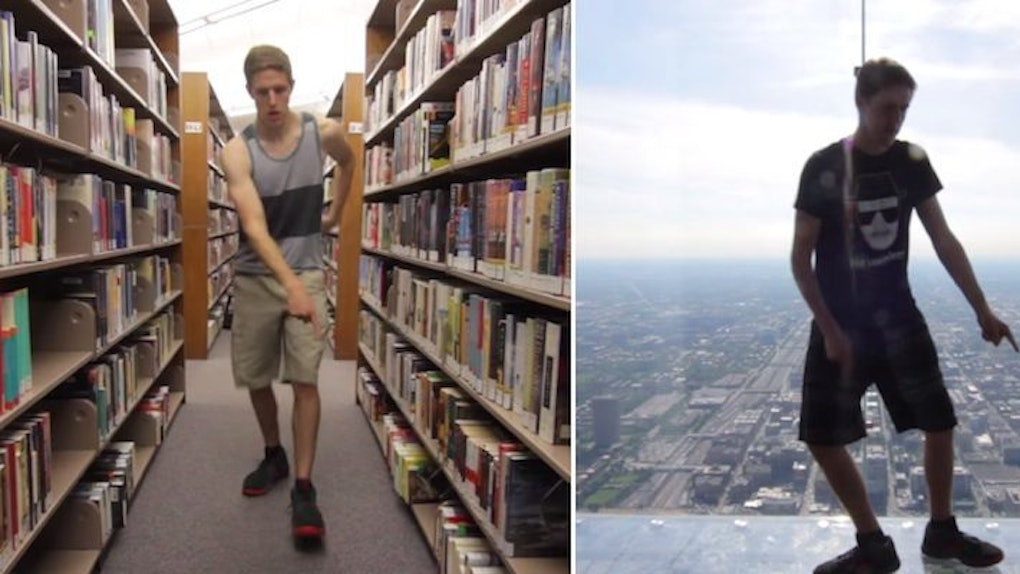 YouTuber Matt Bray filmed himself dancing the same dance in 100 different places, and the result is equal parts cool, mesmerizing and oddly zen.

The video is part of Bray's larger ProjectOneLife series, a channel devoted to “living life to the fullest” by completing challenges on his personal bucket list.

So far, Bray learned how to snowboard, hung out with a monkey and broke a Guinness World Record (most whoopee cushions sat on in 30 seconds) -- all in an attempt to complete the list.

My bucket list mostly involves eating pizza in different states, so like, we're both doing stuff with our lives.

According to the video description, it took months to pick out a song and solidify the choreography to muscle memory.

Bray doesn't even count this video as completing one of his bucket list challenges; the actual challenge states “learn how to dance,” and he doesn't think this technically qualifies.