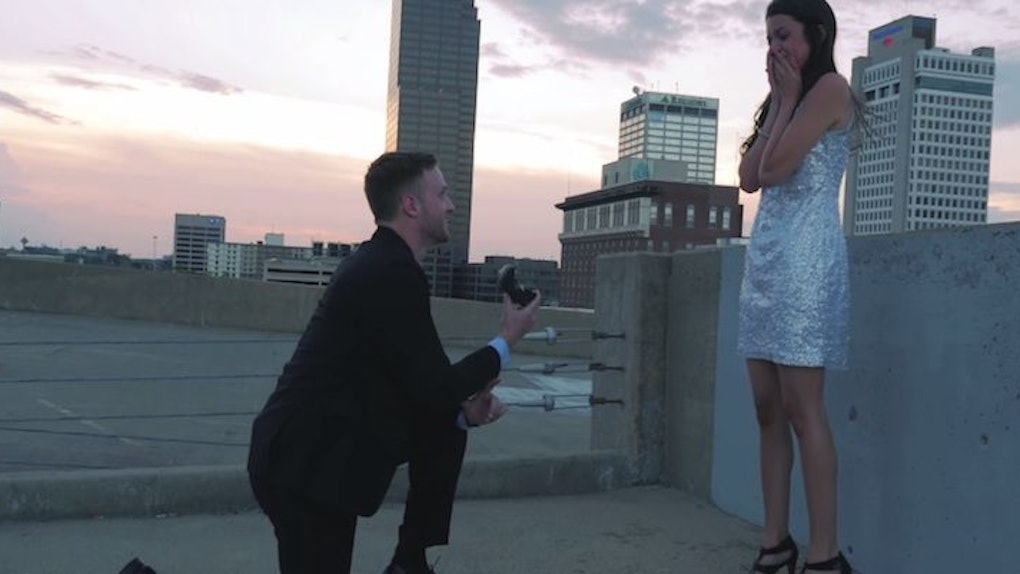 When Seth decided to propose to his girlfriend, Cymber, he knew he wanted to make the engagement something she'd never forget.

So he recruited the help of his brother Scott, an amateur film director.

Together, they hatched a brilliant plan: Scott would ask the couple to star in a film he'd been working on, and while filming, Seth would surprise his unsuspecting girlfriend by getting down on one knee.

They even wrote an intense rooftop action scene to lead up to the proposal.

During the final scene, Seth broke script and got down on one knee, catching Cymber, who was still in character, totally off guard.

She's speechless, but her expression says it all, and the sunset and city skyline in the background make the perfect setting for the beautiful, romantic engagement.

And in the perfect movie ending, Seth and Cymber lived happily ever after.

Citations: This Guy Proposed To His Girlfriend While They Were Shooting An Action Film And Its Epic (BuzzFeed)