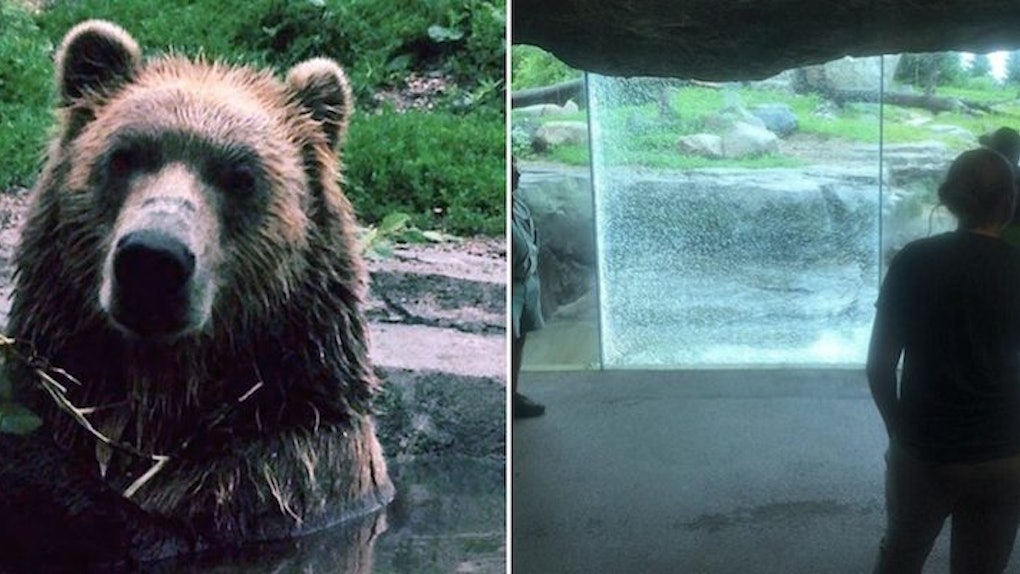 A grizzly bear is responsible for shattering a window at the Minnesota Zoo with a 50-pound rock it lifted and slammed repeatedly against a reinforced glass pane.

The incident reportedly happened on Monday morning, and thankfully, there were no injuries reported.

Here is the funny part: Not only does the zoo animal collections manager, Tony Fisher, have no idea which of the three bears in the enclosure did the smashing, but he also said this to the StarTribune when asked why he thought the bear attacked the pane:

He was just being a bear.

This was just a bear bein' a bear, brah. Chill.

The window, which is a five-layer pane that acted "like a windshield” between the bears and the guests, was shattered by the rock Fisher speculates came from the bottom of a pool in the enclosure.

The bear exhibit at the Minnesota Zoo is temporarily closed while the broken window is fixed with a custom-fit panel.

Grizzly bears can grow to be 800 pounds, but like, don't worry; bears be bearin' out like bears tend to do. Just ask Tony “The Cavalier Bear Guy” Fisher.

Citations: Grizzly bear picks up a 50lb rock and tries to smash the glass of his zoo enclosure with repeated blows as startled visitors watch (Daily Mail)