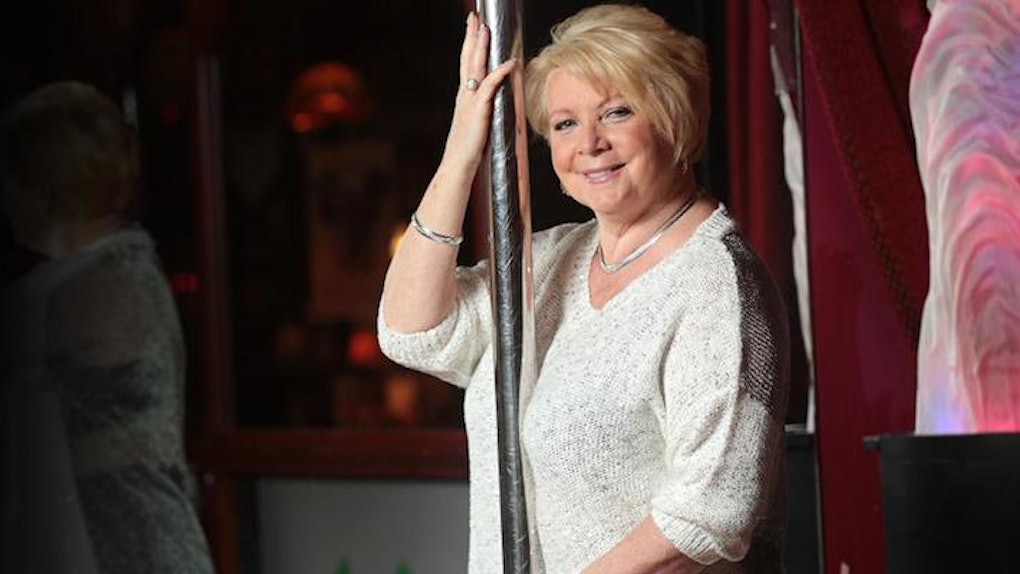 While other women jog or knit, Marie Calvert gets down at a swingers' club.

In a recent piece told to Colin Drury for The Guardian, the 63-year-old club owner estimated she has slept with around 3,000 men since launching into the laissez-faire lifestyle with husband, Barry.

The couple, who've been together since Calvert was 15, were married when she was only 19 years old.

Calvert remembers Barry bringing home a swingers' magazine as an addition to their sex life when she was 28.

She explained her sexual philosophy as such:

[Barry is] my world. But neither of us puts sex on a pedestal. We see it for what it is: separate from love. It's not natural to stick with one sexual partner for 60 years. Life is about experimenting and experiencing, and that's what we do.

And so the adventure began, culminating in a night where Calvert slept with 14 men.

She said the new arrangement boosted her relationship with Barry and made her life exciting again, adding,

We became committed swingers, spending weekends meeting up with couples or going to parties to swap partners. Suddenly everything was exciting. You'd be at work, and you'd think about what you were up to that evening and it sent a shiver down your spine.

After years of experimentation, Calvert and Barry opened a club of their very own in 1997: La Chambre. She said the Sheffield, England spot provides them a place to both work and play (although never at the same time).

Barry, who's penned three books about their experiences, is still by her side.

And with two grandchildren to spoil, Calvert is finally slowing down.

I had only three lovers last year. I still have the same sex drive but I'm more relaxed now. I'm not someone who's ever going to dress like a woman half her age just to get attention.

Attention or not, this is one unconventional granny.