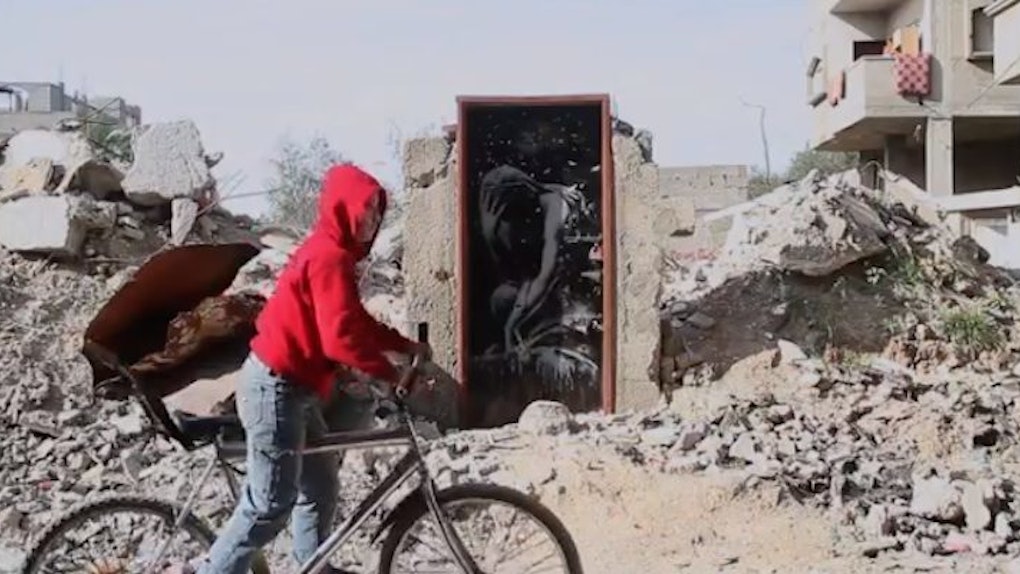 The work of famed graffiti artist Banksy usually sells for hundreds of thousands of dollars.

But a man living in the Gaza Strip recently sold one of Banksy's original pieces for a mere $175, or 700 shekels.

Rabie Darduna was living in Gaza City with his wife and six children during last year's 50-day war with Israel. His home was destroyed in the conflict and all that remained was the front door.

Soon after, Banksy came to the region and painted on the door. The mysterious artist painted the Greek goddess Niobe as she cried for her dead children.

Darduna was eventually approached by a group of men who expressed interest in the artwork.

They said they wanted to put it in a museum in Gaza where everyone could see it. One man told me: 'We're from the group that did it.' They made me sign a paper. It said I agreed on 700 shekels. They pressured me and I accepted because I need the money.

Only after the sale did Darduna realize the true potential worth of the painting. While the buyers insist that the deal was fair and legal, Darduna disagrees.

Really we feel depressed and very upset. This door is rightfully ours. They cheated us. It's a matter of fraud. And we're asking for the door to be returned.

According to a representative for the artist, Banksy thinks the door should be returned to Darduna as well.