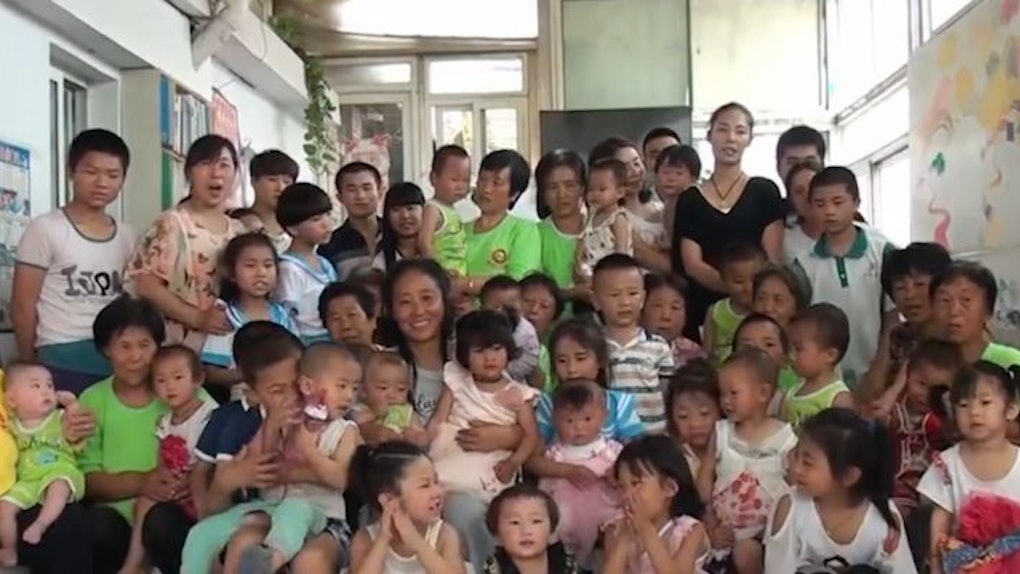 This Former Millionaire Spent All Her Money Raising 75 Foster Children

A former millionaire used all of her money to adopt scores of orphans only to see her fortune crumble shortly after.

China's Li Lijuan, 46, previously ran a garment business but made millions in the 1980s when she invested in a coal mine.

It wasn't until the next decade that she discovered how she'd like to spend her earnings.

Lijuan, who is from Wu'an County, adopted an orphan in 1994 and would eventually adopt 74 more.

The orphans either had deceased parents or were abandoned when their parents discovered they had severe medical conditions (some of which require expensive surgeries), according to Yahoo! News UK.

But the coal mine Lijuan invested in closed down, and the costs of caring for her adopted children have put her around $300,000 in debt.

Other families have offered to adopt the children, but are legally unable to do so.

Chinese law states because the children were never officially documented as orphans, they cannot be put into the care of someone other than their registered foster parent.

Lijuan has therefore been selling her properties along with a lot of her belongings to maintain her huge family.

Charities have provided donations, but they are nowhere near sufficient, largely because Lijuan has so many medical procedures to pay for.

That included treatment in 2011 when Lijuan was diagnosed with early stage lymphoma.

But debt isn't the worst result of Lijuan's dedication to adoption.

She has a biological son named Xiaowen who lives with his grandmother.

This is because, in 2004, Xiaowen sustained a critical injury to his spine and was desperate for his mother's security as he went into surgery.

Lijuan failed to see him, however, because she was with one of her foster children at a different hospital.

Xiaowen has refused to see his mother ever since.