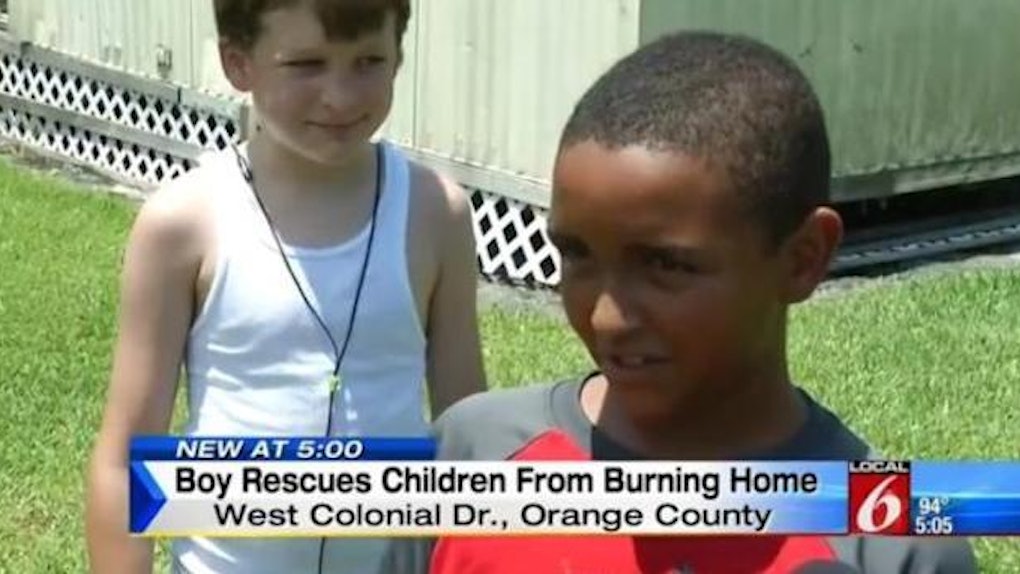 Two young boys ran into a burning home to save the lives of two infants trapped inside.

According to the New York Daily News, 10-year-old Isiah Francis and 11-year-old Jeremiah Grimes were having fun outside in Oakland, Florida yesterday morning when Francis smelled something burning.

So, he turned to a nearby mobile home and saw smoke coming out of the windows.

The homeowner was outside pouring water on the fire, but Francis quickly remembered several small children lived there.

Francis has long dreamed of becoming a firefighter, so with the help of his loyal friend, he dashed inside the fiery home.

I was really scared because I thought I was going to get burned. I was nervous because there was so much smoke it was hard for me to see.

Inside a burning room were a 1-year-old and an 8-month-old the two boys then carried outside.

Francis called 911 and asked the homeowner if there were any other children inside.

He was told there were not, but when firefighters arrived, they found a 2-year-old and 5-year-old still in the home.

Francis told Click Orlando he still wants to be a firefighter despite the extreme fright he endured.

Even though I have to go through all this hard work, I still want to be one.

Investigators say the fire was most likely caused by a stove, and they plan to find out why the homeowner did not tend to the children when it started.