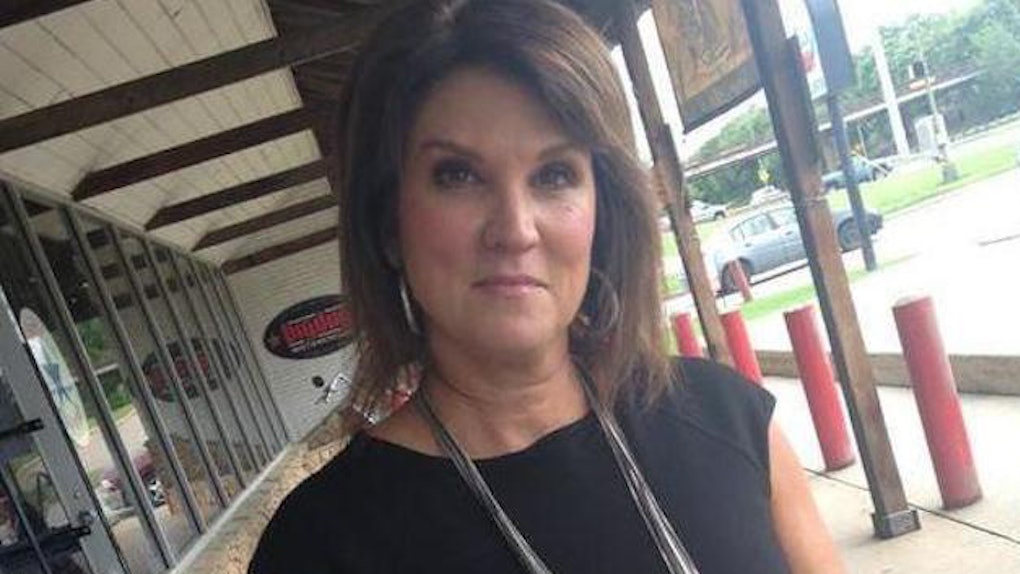 Female CEO Says Women Should Never Be President Because Of Hormones

Earlier this week, Cheryl Rios, the CEO of Dallas-based PR firm Go Ape Marketing, wrote on Facebook that she'd pack up and move to Canada if Hillary Clinton became the president.

Regardless of who secures that spot, Rios should probably start packing her bags now because she'll never be taken seriously again after the slew of sexist comments that spilled out of her mouth this week.

For all the bullsh*t women have to deal with just for being women, you'd expect all females to be in support of gender equality.

But not Rios: She wrote on Facebook, in a lengthy post, why she believes a woman should never be allowed to run our country:

With the hormones we have, there is no way [a woman] should be able to start a war. Yes I run my own business and I love it and I am great at it BUT that is not the same as being the President, that should be left to a man, a good, strong, honorable man.

Though she says she supports equal rights, she insisted that “there's an old biblical sound reasoning why a woman shouldn't be president.”

I am old fashioned, I am Christian, and I believe what I have said.

Unsurprisingly, she's been attacked across social media by women and men who disagree with her ridiculous views.

She said she wanted a “strong, honorable” man in office -- does that mean she doesn't think women can be strong and honorable?

Is she possessed by aliens or women-hating demons?

Whatever the reason for her rant, an apology is in order -- because people shouldn't stand for such blatant ignorance anymore.