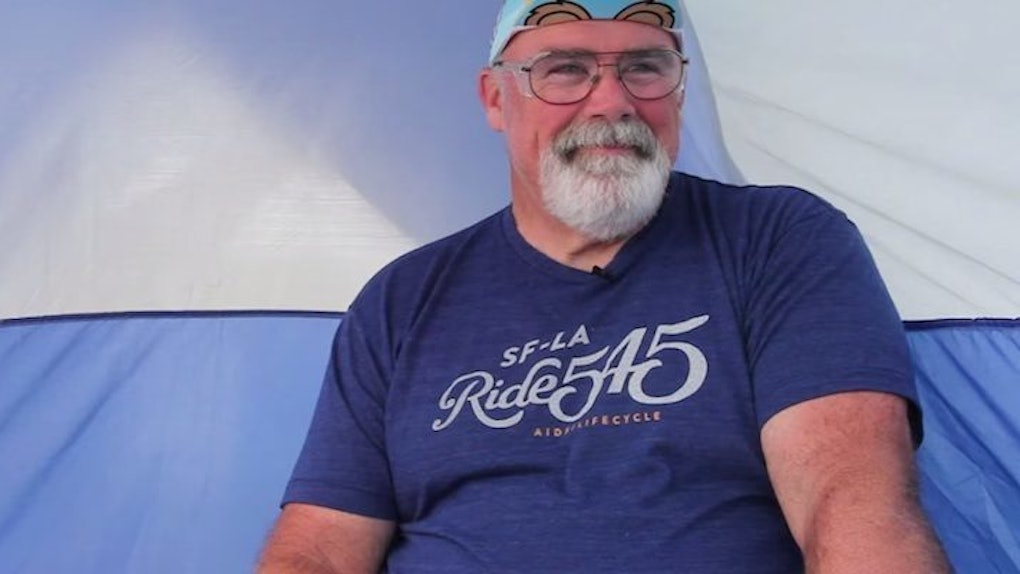 David Flanagan biked from San Francisco to Los Angeles in honor of his son.

In 2013, Joshua Flanagan’s parents noticed he looked thinner and developed a slight cough.

After a few weeks of resigning the symptoms to what he described as “just a little nagging thing,” Joshua agreed to see a doctor.

When his symptoms didn't improve following his first visit, Josh returned to the doctor. It was then he was diagnosed with AIDS and passed away just months later.

In honor of his son, David Flanagan biked 545 miles with AIDS/LifeCycle to raise money for and awareness about the disease.

The family's incredible story was documented by YouTuber Davey Wavey, who spent a week with the Flanagans during the journey.