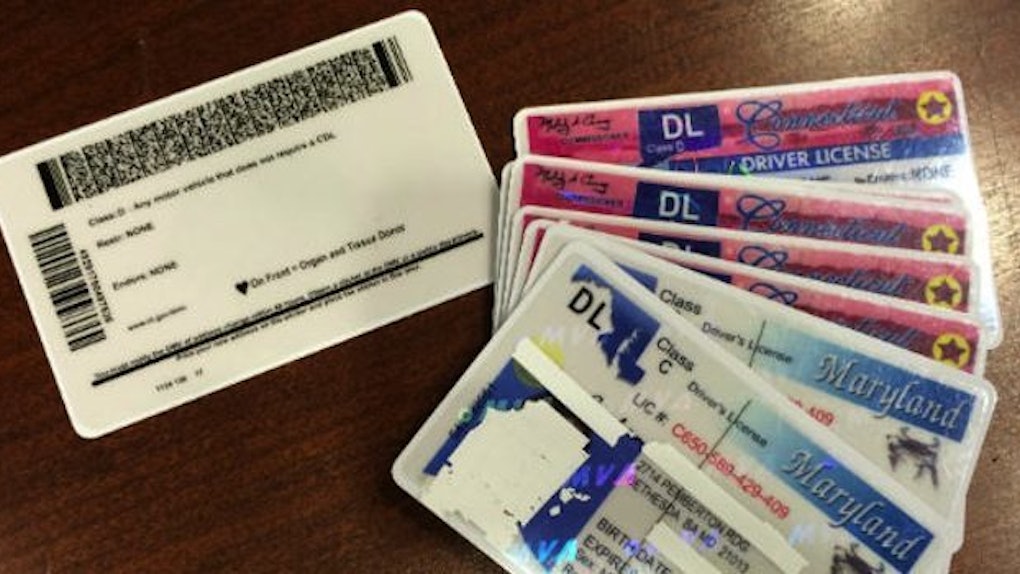 A collection of fake IDs meant for a Pennsylvania college student named "Dean" were accidentally sent to a dean of the student's institution.

The faculty member of the unspecified college located in Radnor Township received a package on Jan. 5 sent from Guangzhou, China, according to Philly.com.

Inside was a small picture frame with eight drivers licenses resembling those issued in Connecticut and Maryland taped to the back.

The dean contacted authorities immediately after seeing the IDs.

It was soon determined he had received the package because his last name is very similar to that of the intended recipient.

The IDs were purchased on Idchief.com, which Radnor police say offers good prices if customers buy multiple IDs at once.

It isn't clear where the website is based, but the package was indeed sent from China at some point in late December.

The school has chosen not to charge the four students with a crime, despite the legal repercussions that come with carrying a fake ID.

They have instead been asked to participate in psychological counseling and could face sanctions for breaking school code.