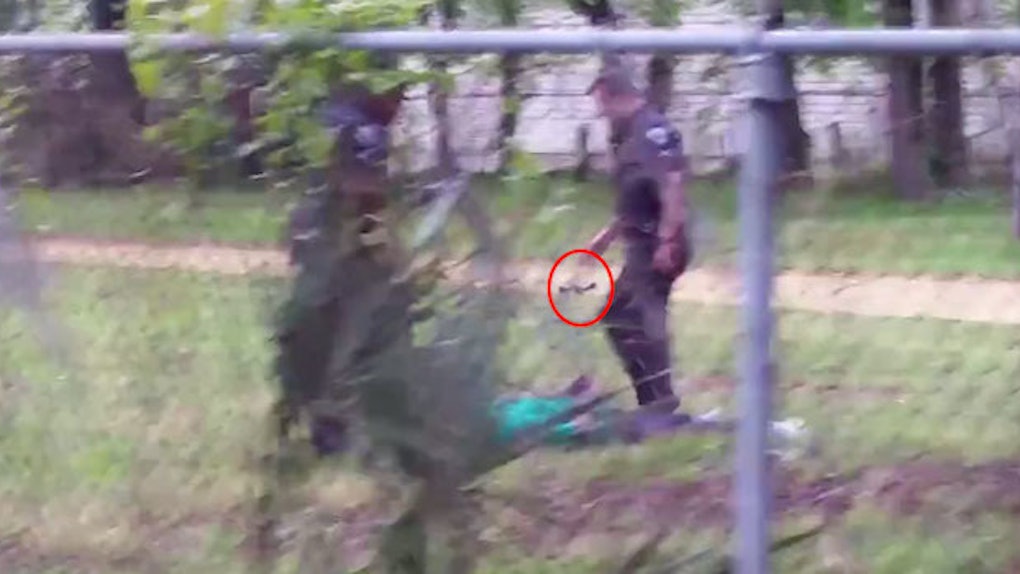 After the brutal death of 50-year-old Walter Scott this past Saturday, the world watched as South Carolina police officer Michael Slager was charged with murder.

And in an interesting development to the case, eyewitness and videographer Feidin Santana remembers Slager dropping a mysterious object near Scott's body.

Since the story first broke, rumors have swirled that 33-year-old Slager – who first claimed he scared for his life after pulling over Scott for a broken taillight – planted something near the body.

At the scene of the crime, Slager radioed in, saying he'd fired after Scott snatched his Taser gun away from him.

Santana's slowed-down video from the scene of the crime appears to show Slager fire his Taser at a fleeing Scott before shooting him eight times and finally, dropping a dark object near the lifeless body.

In an interview filmed earlier today with NBC's Matt Lauer, Santana reports hearing noise made by the Taser, but he says Scott never went after Slager's weapon.

The eyewitness told ABC he remembers seeing Slager discard something near the body but wasn't exactly sure what the object was.

Santana's graphic video footage from the shooting, edited by The New York Times, appears to show Slager drop the weapon at 1:33.