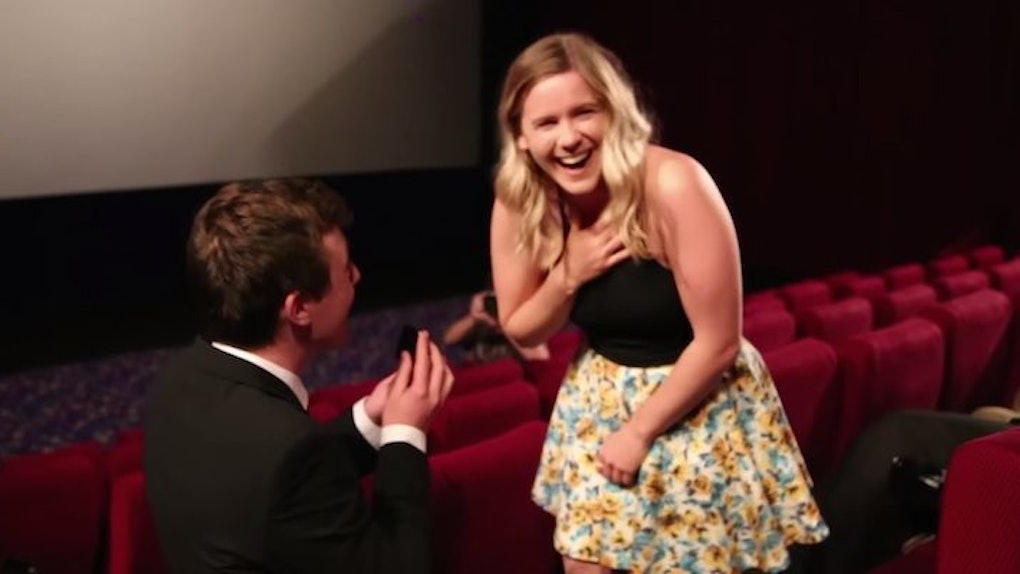 This guy just made every woman’s proposal expectations go way up.

Liam Cooper uploaded a video on YouTube of his proposal to his girlfriend of almost seven years, and it’s one of the cutest things I’ve ever seen.

In the video, Cooper says,

When I decided I wanted to propose to my girlfriend, Amy, I wanted it to be something pretty special and something she'd never see coming.

With that in mind, Cooper remade the music video to the song “Rude” by Magic! and screened it during what seemed to be a regular date at the movies.

What ensued from there was obviously adorable.

All her friends and family showed up, and she said “yes” to one of the most thoughtful guys out there.

She even got a shout out from Magic! at the end.

Amy is one lucky woman.