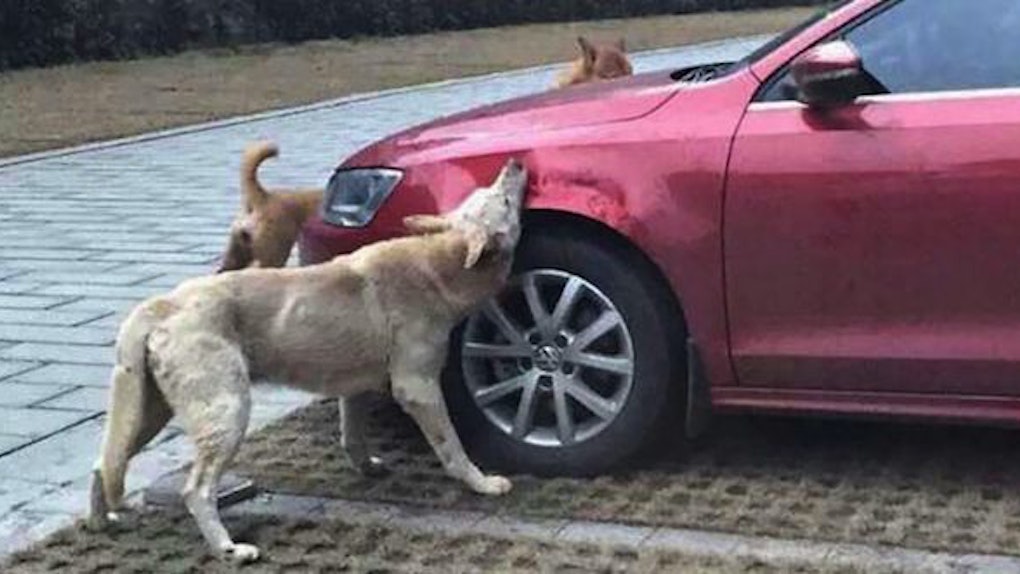 Dogs are man's best friends – that is, until man acts out of turn.

Daily Mail reports a Chongqing, China man lashed out a dog he found lying in his designated parking spot at home. Instead of trying to lure the animal away, he kicked it.

The man's violent solution reportedly rid him of the dog, but only temporarily.

A neighbor heading down to the same parking lot a short time later witnessed a pack of dogs attacking the man's car.

It's not ironic the event took place in China, a country notoriously lacking animal cruelty legislation.

In May, the New York Times reported an incident where Beijing officials brutally beat a toy-sized pet dog to death while its owner looked on.

Snapping photos in disbelief, the neighbor witnessed the canines chomping on the car's metal fenders.

They reportedly even chewed on the vehicle's windshield wipers before running away to plot their next act of vigilante justice.

When the man complained about his dented car, his neighbor had some surprising photos to show him.

Citations: Stray Dog Kicked by Driver Returns with pack of Friends To Trash His Car (BoredPanda )