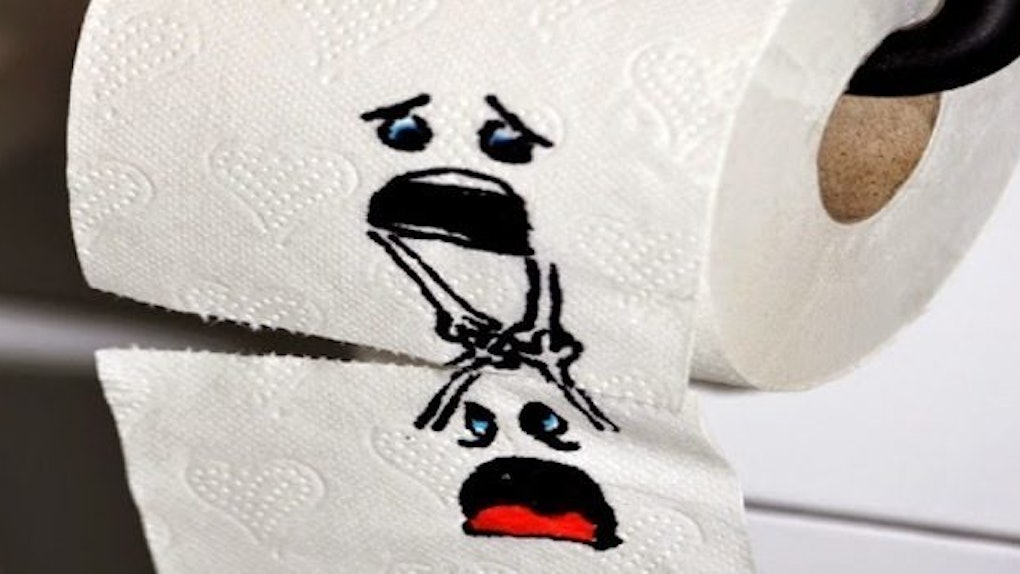 Unless you have a condition that makes you hypersensitive to details, you've probably never given much thought as to the proper installation of a roll of toilet paper.

Who am I kidding? Everyone has a preference, and now, a recently discovered, 124-year-old patent is about to solve the quandary once and for all.

The paper should go over and around the roll, not under it (see photo below).

Seth Wheeler's 1891 patent provides a look at the first-ever instance of toilet paper as a commercialized commodity. Wheeler is also credited with coming up with the idea for perforations on the paper for easy tearing.

And there you have it.

Over, not under -- and yes, this means you no longer have any excuse not to replace the roll once it runs out.

The patent for toilet paper should settle the over vs under debate pic.twitter.com/arZl6l6ALn — Owen Williams (@ow) March 17, 2015