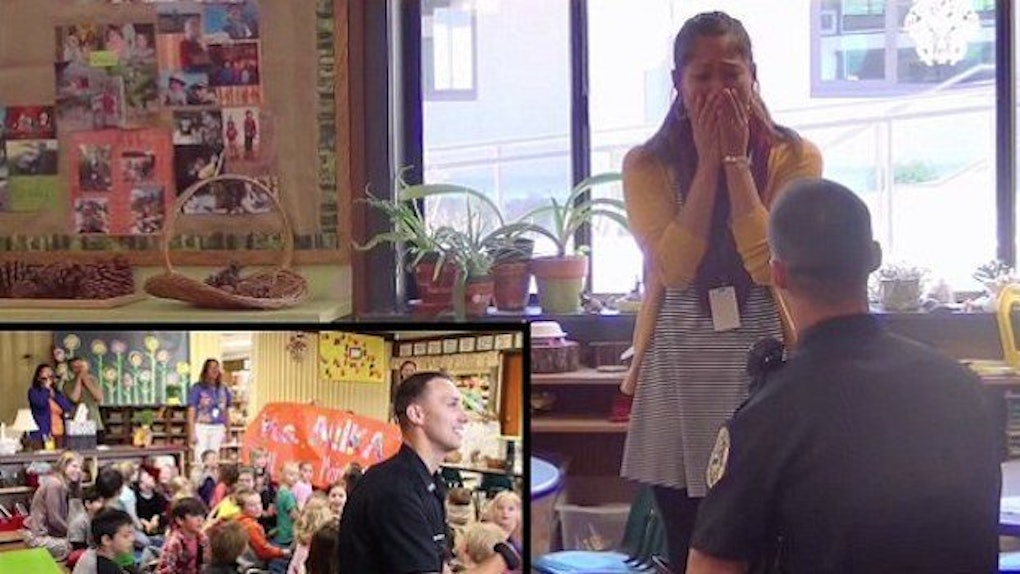 Don't believe in love at first sight? This romantic proposal video may make you reconsider.

Metcalfe, a police officer for Hawaii's Kauai Police Department, knew he wanted to be with Muragin, an elementary school teacher. But there was a problem: She lived in Oregon.

On his girlfriend's birthday, he flew to Oregon and recruited Muragin's coworkers and kindergarten students to help with the proposal.

After Metcalfe talked to the students about his job as a police officer, he asked the students if they'd like to play a game (their cue to prep for the proposal).

In the game, Muragin was asked to close her eyes until otherwise directed by her students.  When she opened her eyes and turned around, her students held a sign that read,

Ms. Auika, will you marry me?

Beside them, Metcalfe knelt and held a ring.

Her tearful reaction says it all. It's obvious she couldn't be happier.