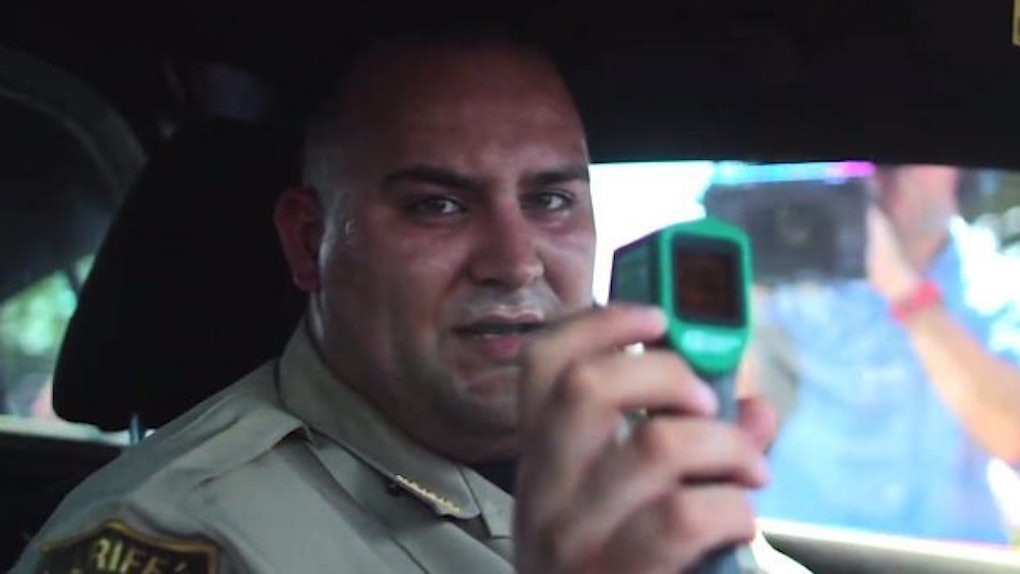 Every summer, the news is inundated with reports of children or animals being left in hot cars.

The Forsyth County Sheriff’s Department wants to make sure this summer is different. So, it posted a video to Facebook to show just how hot it gets inside parked cars.

Deputy Regan volunteered to sit inside a patrol car parked in the sun and monitor the rising temperature inside the vehicle.

The results of the experiment are insane: After just seven minutes, Deputy Regan's heart rate doubled, and by the time he finally exited the car (after about a half hour), the temperature inside the vehicle had soared to a whopping 177 degrees.

Regan said he hopes the video will serve as a reminder that even just a few minutes in a hot car can be harmful.

The experiment was risky, but it certainly gets the message across.

Yesterday, I "volunteered" to sit in a HOT patrol car to demonstrate why NOT to leave children, pets, or anyone unattended in a hot parked car. Many of you may have seen the video from WSB-TV (link below), here is a more in depth behind the scenes video from that demonstration. http://bcove.me/7vsk6224 Posted by Forsyth County Sheriff's Office on Thursday, June 18, 2015