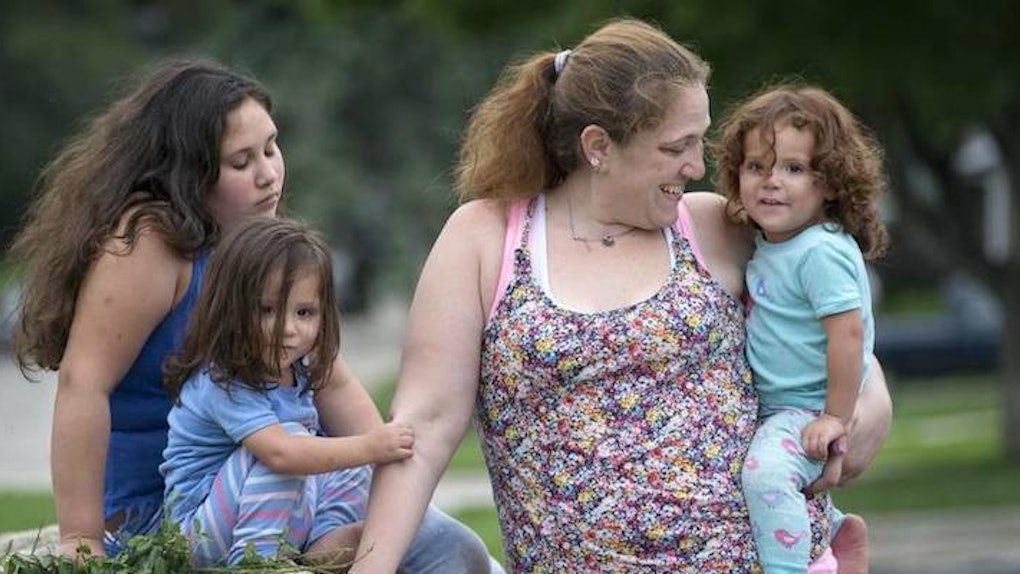 A Kansas City police officer could have arrested a mother of six for shoplifting, but instead, he gave her a second chance at getting her life in order.

According to ABC News, Sarah Robinson and her family entered difficult times after her husband passed away in 2012, and Sarah was left alone to care for her six children.

The Robinson family -- Sarah and her six daughters who range in age from 2 years old to 15 years old -- were living out of a car when most of their possessions were stolen.

I was just going to potty train them, but I didn't have a place for them to bathe. I had lost my house and all of our belongings, and I don't have a job.

Not knowing where else to turn, Robinson went to a local Walmart and attempted to steal some clothes, shoes, diapers and baby wipes, but she got caught by security.

Police were called, and when Officer Mark Engravalle of the Roeland Park Police Department arrived, he noticed some of Robinson kids were without shoes.

And after further noting the items Sarah attempted to steal were necessities for her children, he decided to only issue a citation to Robinson.

But, that's not all. Engravalle, who has two children of his own, took the Robinsons back inside the Walmart to pay for the children's diapers, baby wipes and clothes.

He even allowed each daughter to pick out a new pair of shoes.

Walmart might see her as a criminal, but I just saw her as a mom going through a really difficult time.

The next day, the Roeland Park Police Department reportedly called Sarah in hopes of helping out even more, and the officers arranged for a temporary place for the family to stay while Robinson gets back on her feet.

A special bank account geared toward aiding the Robinsons was set up, and there is now an effort to help Sarah find more permanent employment.

KMBZ radio's "Dana & Parks" raised more than $6,000 alone for the family, and another station, KCMO, put together a donation drive to help collect essentials and aid for the Robinson's monetary needs.

Demoss also said community members tried to donate to Officer Engravalle as a token of appreciation for his good service, but he insisted they send any donations they want to make to the Robinsons.