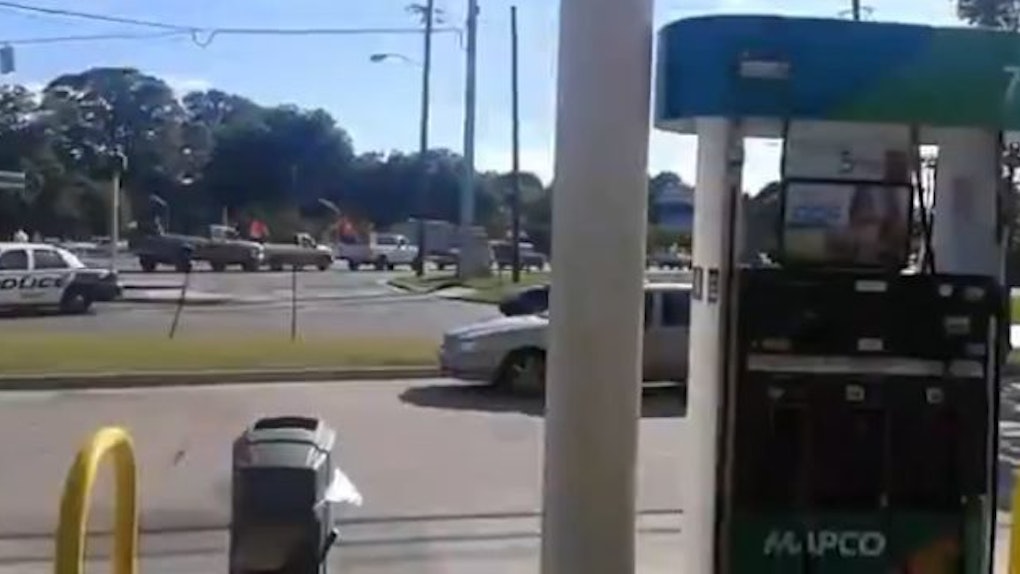 There is nothing quite as satisfying as bearing witness to a deserved dose of karma.

This video fits the bill.

Filmed by Mario Blanding, the video shows a parade of cars driving down a suburban street in Georgia, all displaying Confederate flags.

According to Blanding, the demonstration was city-sanctioned. In fact, the roads were actually closed off to make way for the cavalcade of Confederate flag supporters.

When you first start watching, you'll be thinking, as Blanding so eloquently puts it,

What the f*ck is this?

Just wait for the end; it gets good. Karma intervenes, and justice prevails.

I don't want to spoil the surprise, so check out the footage up top.