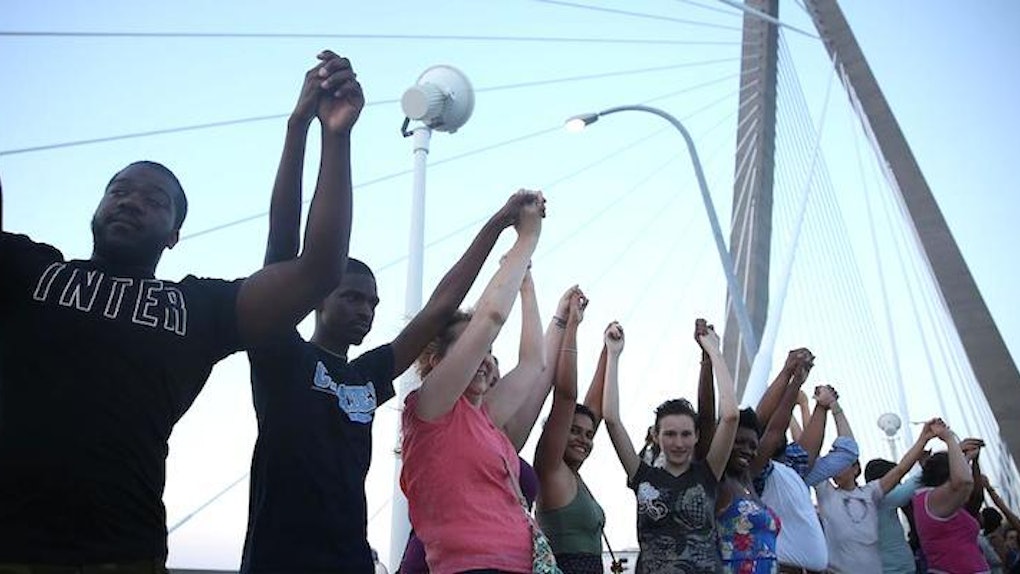 Charleston Shooting: How Gen-Y Can Prevail Over Hate

At about 6 am on June 18, I glanced up at the TV screens above my head at the gym.

While trying to catch my breath on the treadmill, I read that nine people had been fatally shot inside a church in Charleston, South Carolina.

When they showed pictures of the suspect, and began to classify the shooting as a hate crime, my skin cringed at the thought of another innocent life lost at the mercy of a violent hand.

My father used to tell me stories about growing up in rural Louisiana in the early 60s, when the US first integrated the school systems.

White mothers and fathers would barge straight into school classrooms, grab their children out of the chairs and yell things like, “My child isn’t going to school with these n******.”

I thought about what it might have felt like to be a 10-year-old child, sitting in one of those classrooms, hearing these people say these things about you.

I thought about what it felt like to be that young and have people hate you so much. And, after last week, almost five decades later, I’m reminded not much has changed.

Hate is everywhere. Just like the walls between social status, the boundaries between social class, the intruding government regulations and all the other things that try to separate this country into too many parts.

But these past few years alone, this country has been disgustingly infested with hate crimes where stories and cases seem to repeat themselves faster than they get solved.

I could sit here and name a list of events and crimes that would last an eternity, but it’s beside the point. We can choose to talk about the problem all day long.

Talking about the problem does not make the problem go away. Rioting, looting and setting things on fire doesn’t help the problem, either.

The solution to the problem starts on the inside. The solution starts in the communities, in public schooling, in your own backyard.

The solution starts with acting to prevent a situation, rather than reacting to something that’s already happened because, by then, it’s too late.

And just like with the violent uproar over recent police killings, a lot of people’s first instinct is to get angry.

Many people's first reaction is to yell, blow things up, riot and loot. But, those things aren’t effective.

The way to drive out hate is not by reciprocating the same hate cast upon us by way of ignorant people doing ignorant things.

When you respond with hate, you multiply the main factor, further perpetuating the problem.

I was disappointed beyond measure to turn on the television set and see the rioting and looting in Ferguson, Missouri after the death of Michael Brown.

I was livid when I saw pictures and footage from the Baltimore riots following the death of Freddie Grey in April of this year.

And now that things have calmed down, I look up and notice these reactions didn’t do anything to solve the problem from a foundational standpoint.

Until we learn to lead by example and treat one another the same, regardless of race, class, gender, religion or sexual orientation, we will be going nowhere, fast.

This past October marked 20 years since my father has been in business for himself.

He took bold initiatives to make a better life for himself outside of the situation he was in.

But, he didn’t do it by hating the people who hated him, or using violence to destroy the areas and things he resented.

Those parents who charged into those classrooms some 40 years ago probably have no idea who my father is or what he has done with his life.

But, by way of silent protest, a lot of courage and some startling conviction, he’s gotten his revenge.

I think this generation alone has so much power to change the way things are. We have more technology and knowledge at our fingertips than we even know how to handle.

Hating one another just takes away from all of the progress we could be making in a forward direction.

Humans were meant and made to coexist, and if we can’t do that, then why are we here?