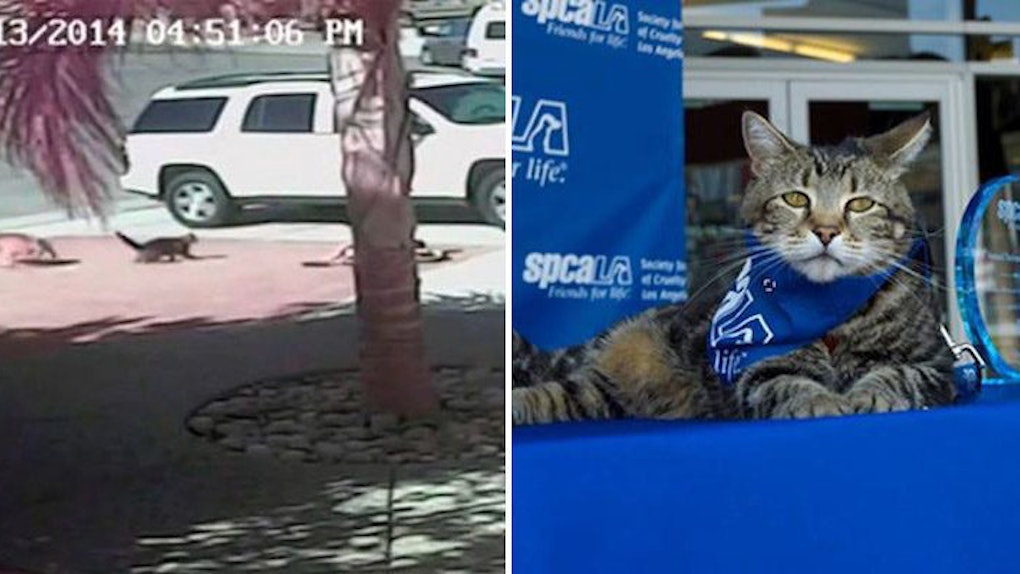 The cat that famously outmuscled a much bigger dog to save a young boy attained an honor never before bestowed upon a feline.

Every year, the Society for Prevention of Cruelty to Animals Los Angeles chooses one exceptional canine to be named "Hero Dog."

But according to KTLA, the organization recently concluded no dog showcased a higher degree of courage and dedication in 2014 than a tabby cat from Bakersfield, California.

Home surveillance footage taken on May 13 of last year begins with 5-year-old Jeremy Triantafilo riding his tricycle up his driveway.

A neighbor's dog comes up from behind, locks its jaws on the boy's leg and violently drags him to the ground.

Just over three seconds go by before the Triantafilo's 7-year-old cat, Tara, charges into the dog with unbelievable force.

Tara, who is greatly outweighed, chases the dog away and then turns around to make sure Jeremy is OK.

We were so impressed by Tara's bravery and fast action that the selection committee decided that a cat this spectacular should be the National Hero Dog.

The dog was reportedly put down shortly after the attack.