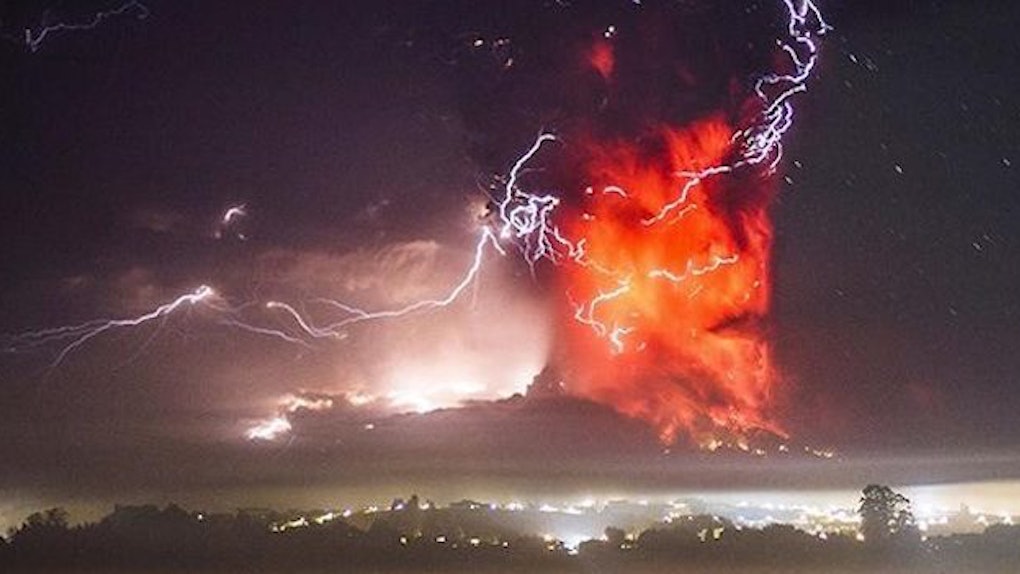 Insane Images Of Volcano Erupting In Chile Look Like The Apocalypse

Wednesday, Chilean officials in the country's southern Llanquihue province declared a state of emergency following the violent and sudden eruption of an inactive volcano.

The Calbuco volcano, near Puerto Octay, had been dormant for more than 50 years prior to Wednesday's explosion.

The first eruption lasted a whopping 90 minutes and came with little warning. Officials say volcano monitoring systems picked up no sign of potential activity until mere minutes before the fiery blast.

Following the violent explosions, air traffic was suspended and all locals within a 12-mile radius from the volcano were forced to evacuate.

In addition, the National Geology and Mining Service warned of the possibility of lava flow and, because the mountainous area surrounding the volcano is particularly icy, this poses a high risk for flooding.

According to some reports, the eruptions sent ash six miles into the sky.

Others report a figure closer to 12 miles.

The massive ash cloud is even crossing over into Argentinian skies.

On a power scale of 0-8, the eruptions measured between a 4 and 5, according to officials.

Locals within a 12-mile radius were forced to evacuate the area.

Some estimate that included around 1,500 people.

The blast was catastrophic, yes, but so beautiful.

It's a reminder that nature is stronger than man...