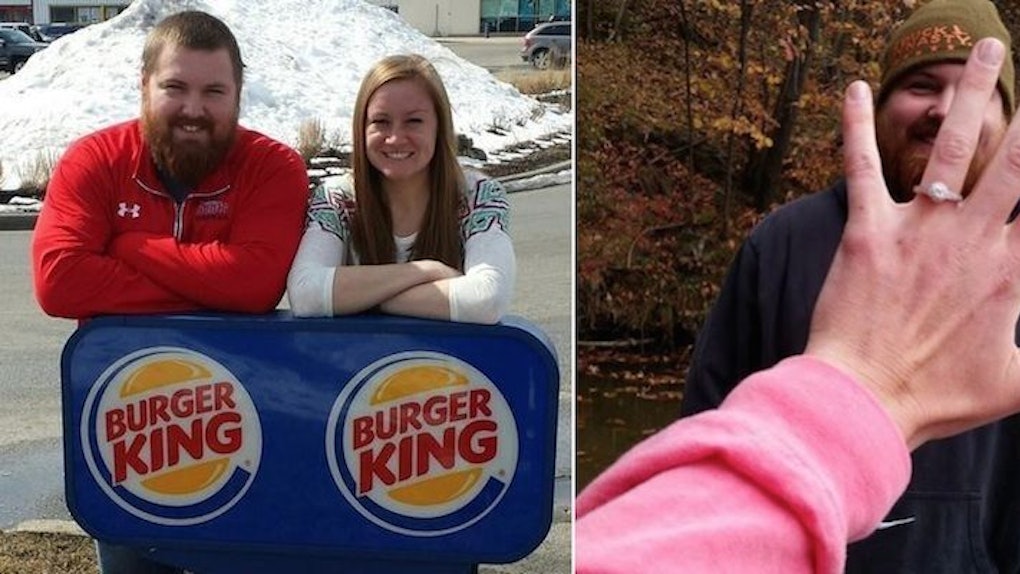 Burger King Is Obviously Paying For The Burger-King Couple's Wedding

Couple nicknames aren't popular among most – unless they result in free weddings.

Just ask Joel Burger and Ashley King; their Burger-King wedding will be entirely funded by the popular fast food chain.

Joel and Ashley, both from New Berlin, Illinois, began dating their freshman year of college after being friends since grade school, reports The State Journal-Register.

And when Burger, 24, finally popped the question last week, the pair knew exactly how to phrase the engagement announcement in the local paper: Burger-King.

As with all viral stories, the wave of media attention following the paper's release has been chaotic and wholly unexpected by the couple.

And the wildest part? King, 23, and her soon-to-be husband caught the attention of the brand itself.

Burger King plans to pay for the entire wedding.

During a Skype call with the couple, the brand announced it will fund the nuptials and also provide goodies for the reception.

There will be Burger King crowns as well as gift bags and Mason jars for all the guests.

The company reportedly even plans to provide personalized yo-yos, a reference to the assembly where Burger and King first heard their names together.

A Burger King spokesperson told BuzzFeed, "We felt an overwhelming urge to celebrate their upcoming marriage."

"It felt like fate: They found each other and their story found us."

"All we ask in return is that they live happily ever after..."

The pair has no choice but to own the odd nickname.

There's no word yet on whether King will change her last name, making the newlyweds a Double Whopper.

Citations: People named Burger and King are marrying in whopper of a wedding (Mashable)