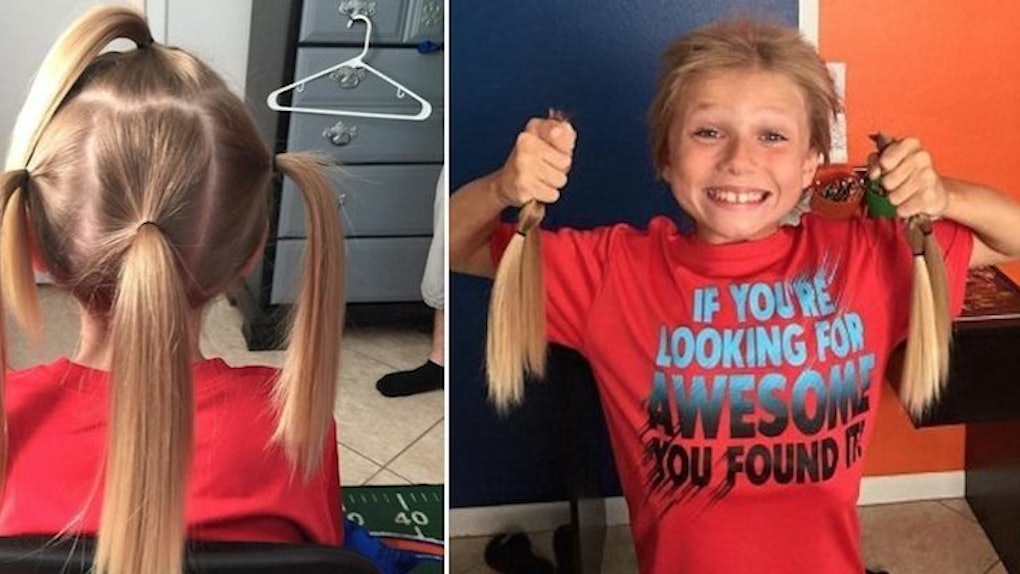 Christian McPhilamy is a hell of a kid.

The 8-year-old from Melbourne, Florida decided to grow his bleach blonde hair out for charity after watching a commercial for St. Jude's Children's Hospital when he was just 6 years old.

Over the course of two years, Christian grew his hair a full 12 inches, all so he could donate it to a patient in need.

Children With Hair Loss, the foundation that received the boy's beautiful hair, is based in Michigan and donates to children with medically-related hair loss often due to cancer or burns.

Though Christian was made fun of incessantly by both peers and adults for his hair, he didn't care. All he wanted to do was help children in need.

He chose to do his own research and find a way to help. After two years of growing his hair, Christian has reached his goal of donating over 10 inches in four ponytails. He has endured an awful lot of criticism, and even bullying, throughout this time — from his peers calling him a girl to even coaches and family friends telling him he should cut it or offering him money to. Even still, he has never once strayed from his goal and always took the time to educate others on why he made the choice to grow his hair. I am one proud mommy, as always.

Since the news broke, Christian has been hailed a hero by physicians and patients alike.

And he's not going to stop his charitable work any time soon. He donates toys and clothes and leaves dollars and popcorn at Redbox machines to brighten others' days.

Clearly, this kid isn't just in it for the fame: He's truly a good soul.

We'd say Christian's mother did a damn good job raising her son. She should be proud.