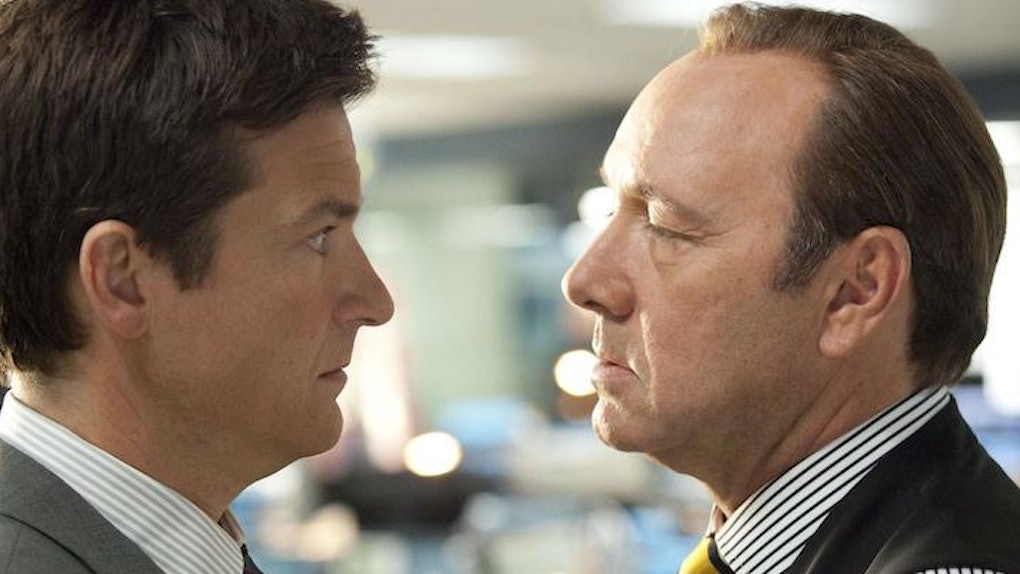 Worst Boss Ever Grabs Employee's Crotch And Rips Off His Testicle

Next time you're complaining about how your boss wants you to stay late or to cover someone's weekend shift, just be thankful he or she didn't literally rip your balls off.

Michael Peacock -- who, ironically, now has a problem peeing out of his… sorry. I'll stop.

Peacock claims his boss drunkenly grabbed his genitals with enough force that he had to have one of his testicles surgically removed.

The incident happened in 2012 when executives at Iron Mountain Management, a data-security firm, decided it was time for a little team bonding in the form of a two-day getaway.

The company retreat, which started with some light bar hopping in New York followed by a cruise on the Hudson River, was going fine until the alcohol started flowing and Peacock's boss, Richard Langtry, began to get a bit “loose.”

According to New Jersey Superior Court documents, Langtry knocked a few too many back, which made him louder and more “aggressive” as the retreat went on.

At some point, an incredibly drunk Langtry encountered Peacock while in the bathroom. The boss proceeded to grab Peacock's left testicle and pull it down with enough force that it detached from his groin.

Take a second to recover from that sentence. It hurt to read.

Peacock, a 45-year-old, 6-foot-8 New Jersey resident and father of two, has had to endure three surgeries and chronic pain since the incident.

He also has had to deal with various “bedroom related” problems stemming from the run-in.

Langtry was fired by the company, but (because Iron Mountain obviously only hires complete assh*les), Peacock was frequently mocked by coworkers who would often refer to him as “Drag Queen” and tell him to rip his other testicle off.

Peacock is suing Richard Langtry, Iron Mountain Management and the three venues that provided his boss with alcohol over the course of the trip for an unspecified amount of money.

He claims that in addition to the medical damage he sustained from the crotch-grab, he was also forced out of the company when they switched his job and cut his pay.

In court documents, Peacock's lawyers refer to Richard Langtry's actions as “emasculating” and "a perverse and misguided attempt by Langtry to bond with Peacock while simultaneously demonstrating his authority and dominance."

As someone with testicles, I may be biased, but I hope Michael Peacock wins $400 billion in court.

Citations: My Boss Grabbed My Crotch and Broke My Testicle (NY Post)