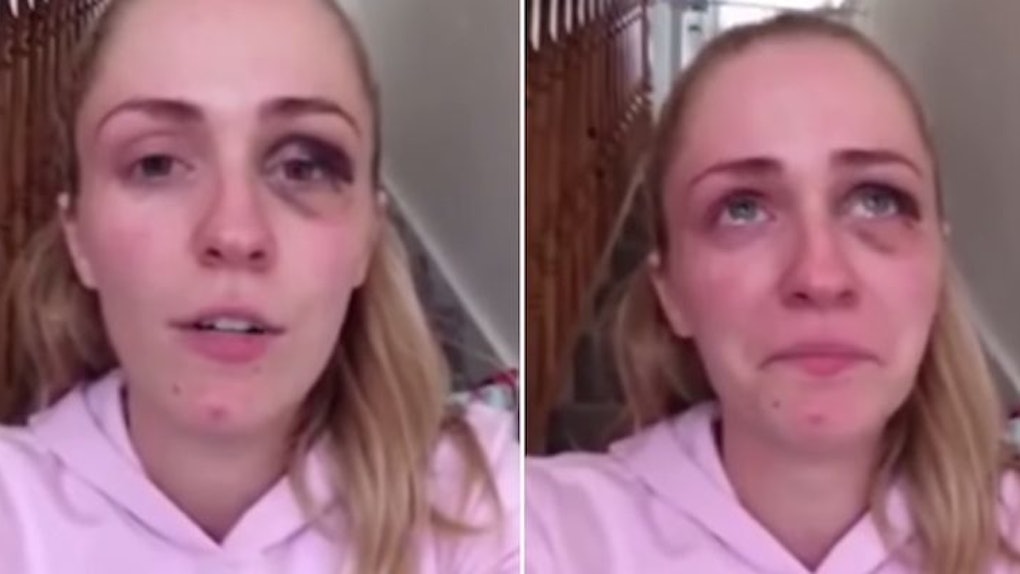 Emma Murphy, a 26-year-old Irish fitness blogger, decided to share a heartbreaking video on Facebook recounting her experience as a victim of domestic violence, and in just 15 hours, the video was viewed over two million times.

In the video, the mother-of-two tells the story, with a black eye on her face, of how the “love of [her] life” terrorized her both physically and emotionally multiple times.

The final straw and most recent instance of abuse involved her boyfriend, the father of her two children, punching her in the face after she confronted him about cheating on her with another woman.

Murphy raised suspicions of his infidelity before, but he denied the accusations. However, a year later a woman contacted Murphy to confess she had an affair with her boyfriend and was pregnant with his child.

For the last year and a half, I've been told that I'm paranoid. I'm a psycho, I'm nuts. My insecurities will kill me one day.

While she didn't always recognize how destructive her relationship was, Murphy finally realized it is "not acceptable" and ended it.

No man has the right to put his hand on a woman. No matter how big, how small, no matter where you're from. It is not right to raise a hand to a woman.

Now that Murphy made the brave choice to leave her partner, she hopes her story can help other victims of domestic violence seek help.

Citations: I Thought He was the Love of My Life Mother of Two Left With Black Eye After Being Punched by Her Ex Lover Posts Emotional Video of Domestic Violence Torture (Daily Mail)