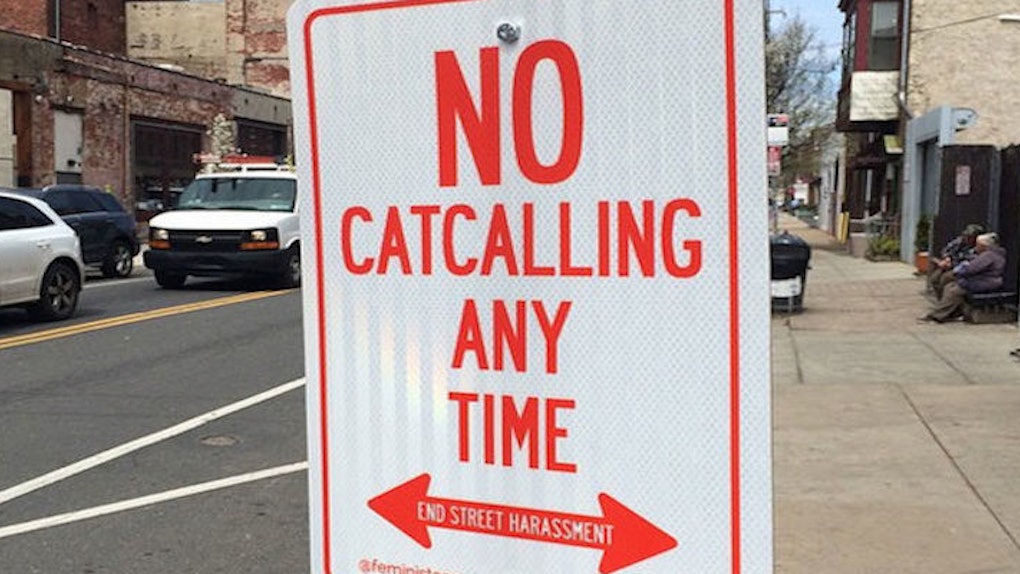 Argentinian lawmakers are debating a bill that would make catcalling women punishable by fines.

The measure was proposed by Congresswoman Victoria Donda, according to Fusion, and it requests accused catcallers be investigated under suspicion of sexual of verbal harassment.

A judge would then decide if the offender is guilty, though it's not clear how one could prove being catcalled without the help of witnesses.

Guilty individuals would be fined the equivalent of up to $775.

The bill comes shortly after data collected by the Universidad Abierta Interamericana revealed 72 percent of Argentinian women had experienced men whistling, yelling or even hissing at them in the recent past.

In Argentina, street harassment is something that is widely accepted and women are subjected to hearing all kinds of comments about our bodies and our sex beginning at a young age. To change that, we have to put the issue out there for discussion.

Argentina's Aixa Rizzo, 20, described the severity of verbal harassment in a viral YouTube video that is said to have played a role in the bill's creation.

Rizzo was repeatedly bombarded with lewd comments by a construction crew working just outside her house.

The group soon threatened to rape Rizzo, prompting her to have police guard her home.

But the construction workers would not relent.

Rizzo says in the video they actually chanted to police,

If we organize, we'll all get to f*ck.

Catcalling is so engrained in Argentinian culture that even Buenos Aires Mayor Mauricio Macri doesn't see the harm in it.

He once said piropos, Spanish for catcalls, should be viewed purely as compliments.

There is nothing nicer than a piropo, even if it's accompanied by something offensive. If someone says nice culo [ass] it's all good.

The presidential hopeful has also been photographed gawking at a 17-year-old female pop star.

But Macri is a clear minority in his opinion as numerous South American nations are currently putting an increasing amount of focus on penalizing street harassment.

Peruvian lawmakers, for example, passed a law earlier this year that would sentence men who sexually harass women in public locations to up to 12 years in prison.

Citations: Men could soon face fines up to 775 for catcalling women in Argentina (Fusion)