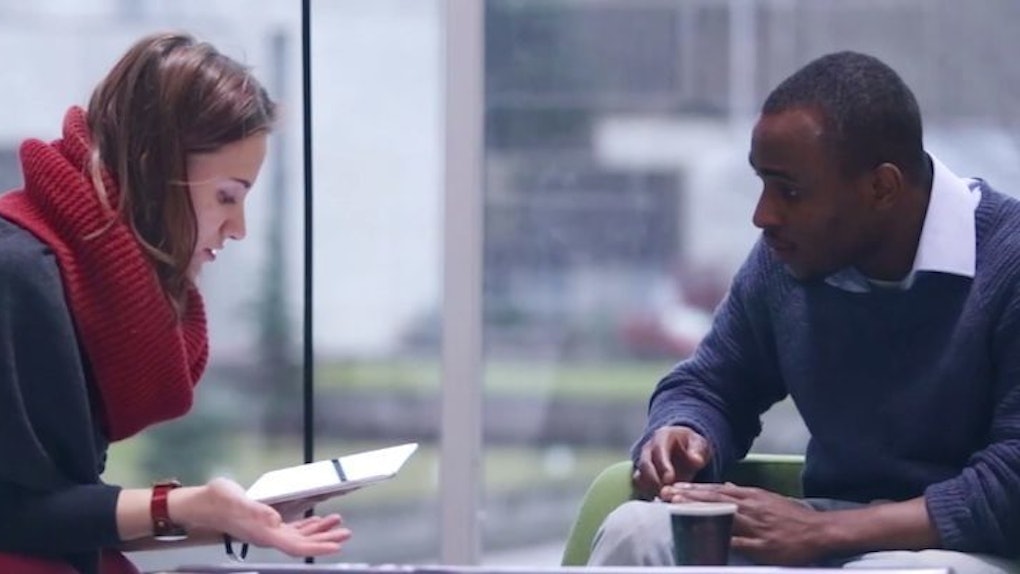 A Lithuanian PSA challenging the idea of racism in the age of the Internet is quickly going viral.

Although the clip's captions might be in a foreign language, the premise is clear: A black immigrant asks Lithuanian natives to help him translate dialogue posted to his Facebook page. The comments turn out to be racist threats.

A variety of emotions cross the faces of those challenged with explaining to this man the slurs used against him. Several people decline to even translate the "humiliating" dialogue being used.

Would you still type hateful words if you had to say them while looking someone in the face?