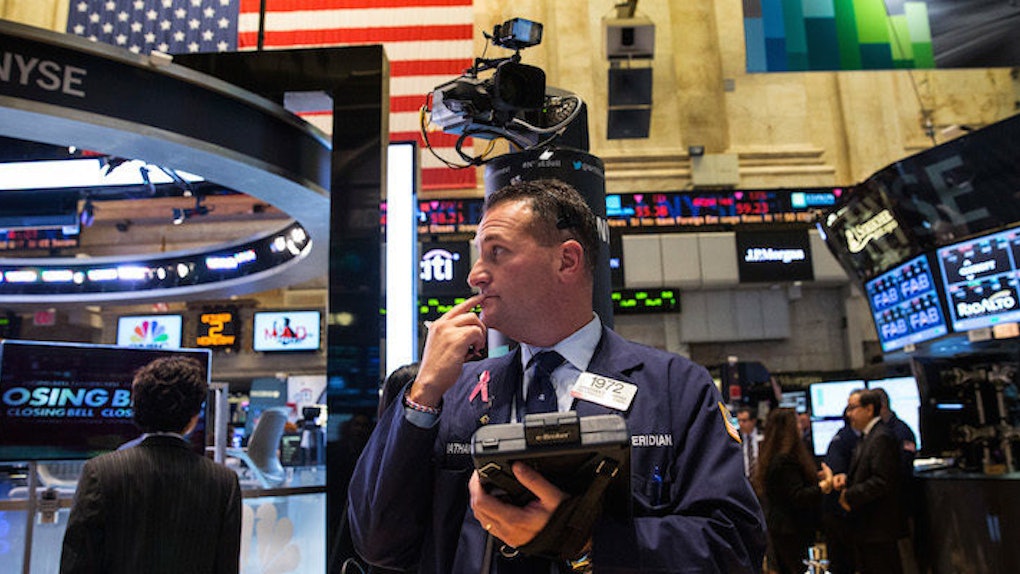 A tweet from a hacker group named Anonymous suggests a cyberattack may have been responsible for today's sudden halt of the New York Stock Exchange.

The international hacker group sent the tweet the evening before any technical difficulties occurred at the NYSE.

All trading on the New York Stock Exchange was stopped about 12 hours later due to what authorities called a computer glitch.

According to The Atlanta Journal-Constitution, the US Department of Homeland Security, the US Securities and Exchange Commission and the NYSE all released statements saying the glitch was internal and not the result of a hack.

The NYSE's temporary shutdown was one of three computer-related problems experienced by major companies today.

United Airlines was forced to ground all flights across the US after experiencing a glitch in its reservation-making system just a few hours before the NYSE shut down.

The Wall Street Journal's website also crashed and was down for a while.

Trading resumed on the NYSE at around 3:10 pm EST, according to CNBC, after being halted for more than three and a half hours.

The cause of the NYSE glitch is yet to be determined.