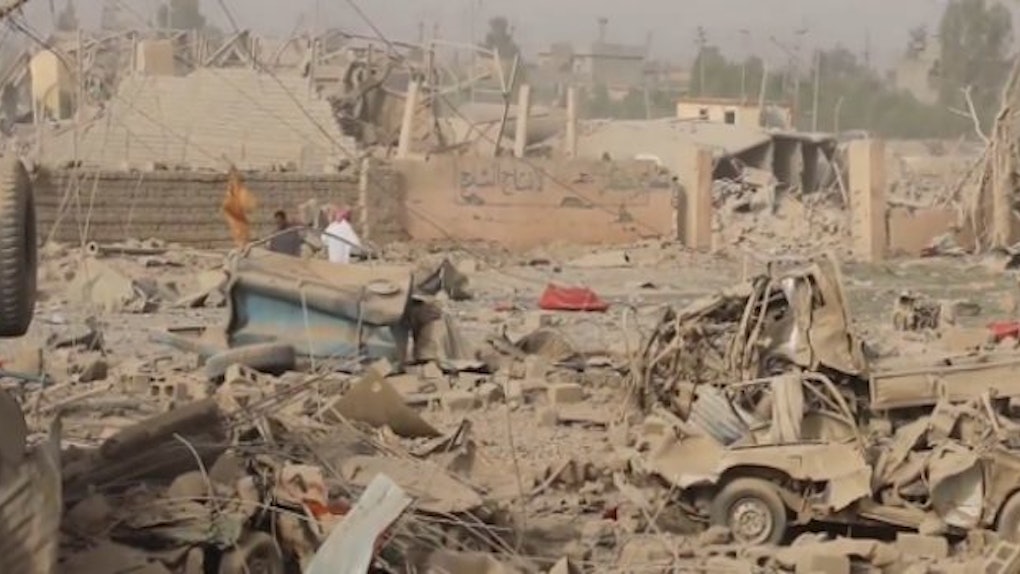 A building occupied by the Islamic State of Iraq and the Levant was destroyed after a militant posted a selfie at the location.

According to The Telegraph, members of an Air Force intelligence unit in Florida came upon the photo while searching through social media.

It featured what Commander of Air Combat Command General Hawk Carlisle referred to as a "moron" standing at his command.

[The militant had been] bragging about command and control capabilities for Da'esh, ISIL.

It appears that the photo was not seen on Facebook or any other major social network; it was found on what the general called an "open forum."

General Carlisle spoke of the immediate action taken by the airmen. He said,

So they do some work, long story short, about 22 hours later through that very building, three JDAMs take that entire building out.

On June 1, General Carlisle announced the attack during a speech in Arlington, Virginia, the Air Force Times reports.

He went on to say the air strikes by the Air Force and its allies destroyed approximately 13,000 militants, 50 bomb factories and nearly the entirety of the Islamic State's largest sources of revenue.

Of the group, Carlisle said,

Their best way to make money was oil collection and refining capacity, and we've taken out about 90 percent of that.