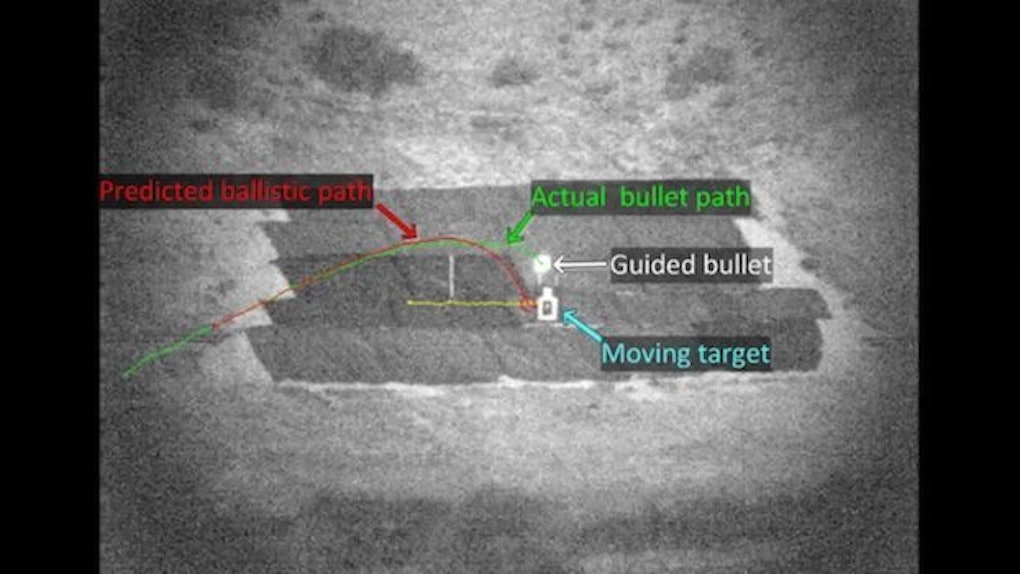 The Department of Defense's sci-fi branch has developed bullets that can change course depending on the location of their target.

According to The Verge, a new video released by the Defense Advanced Research Projects Agency (DARPA) shows what are called Extreme Accuracy Tasked Ordnance (EXACTO) rounds being fired at a briskly moving target and following it every step of the way.

The technology is meant to compensate for the extreme Middle Eastern weather often disrupting the paths of bullets and the aim of snipers.

Having shots travel in lines that aren't straight will allow snipers to maintain their hidden locations.

EXACTO made its public debut last year in a video that showed the bullets curving through the air to reach an immobile target.

The latest video proves the bullets are now so advanced they'll hit their mark even after being fired by someone picking up a sniper rifle for the very first time.

DARPA has yet to reveal when EXACTO will be made available for the military.