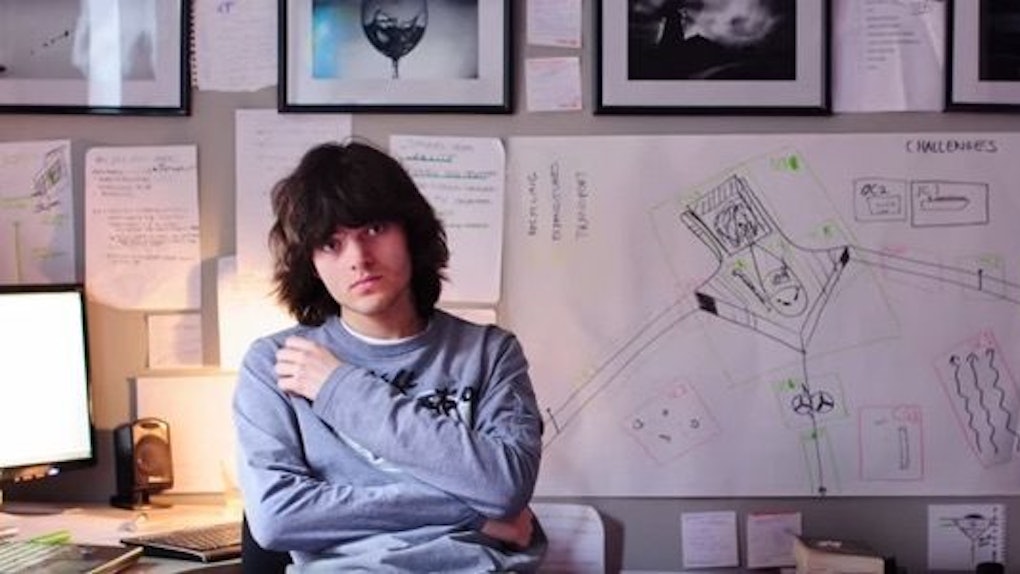 Global warming isn’t the only environmental nightmare that scientists are struggling to solve.

Fortunately, 19-year-old Boyan Slat, founder and president of The Ocean Cleanup, claims to "have invented a method to clean up almost half of the great Pacific’s garbage patch in just 10 years, using currents to [his] advantage.”

The self-described environmentalist and entrepreneur first presented his revolutionary ideas at a TEDx Talk in the Netherlands and was recently named one of Intel’s 20 Most Promising Young Entrepreneurs Worldwide (Intel EYE50). Slat first became aware of the problem while diving in Greece, frustrated that he was “coming across more plastic bags than fish.”

He asked himself, “Why can’t we clean this up?"

At least one million birds and another 100,000 marine mammals die each year from the plastic, and a number of species risk extinction due to the massive amounts of plastic circulating the oceans.

Check out Slat’s video explaining his solution for cleaning the world’s oceans above, and visit his website to learn how you can help.

Update: For an more in-depth look at the data supporting the feasibility of the project, be sure to check out the full report on The Ocean Clean Up website (or check out a shorter summary here).