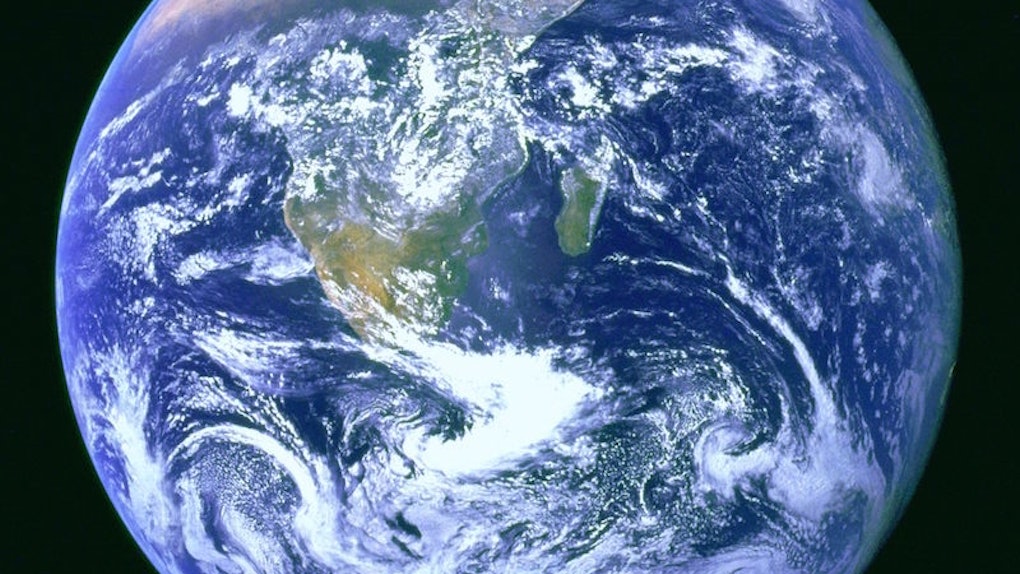 Tomorrow Might Be The Apocalypse, So Don't Make Any Plans

Hopefully, you don't have any crazy hump day plans, because the world is apparently going to end tomorrow.

According to the Christian website, eBible Fellowship, October 7, is the day the world will cease to exist.

Chris McCann, the leader and founder of the Fellowship, said in a statement,

According to what the Bible is presenting it does appear that 7 October will be the day that God has spoken of: in which, the world will pass away ... It'll be gone forever. Annihilated.

How will it all end? According to McCann, with fire.

McCann isn't just throwing this date out willy-nilly, either. He has set forth some pretty solid reasoning, including the fact that October 7 is the last day of harvesting, and it marks the 10,000th overall day of judgement by God.

The combo super moon/eclipse had many religious organizations, including McCann's, convinced the end of days is near.

McCann combined this event, and calculated his date based on the failed apocalypse prediction by Harold Camping in 2011, to come up with Wednesday.

But, as The Guardian points out, scientists do not believe the world will come to an end tomorrow. However, McCann might not be so far off as to how it will all go down.

One widely-accepted theory of the world's demise involves the sun gradually expanding to, one day, swallow the Earth in a ball of fire.

But don't worry, you still have time: The sun isn't expected to eat us for another 7 billion years or so.

Still, McCann has been wrong before, so he is hedging his bets on this apocalyptic date. In his statement he said,

There's a strong likelihood that this will happen ... Which means there's an unlikely possibility that it will not.

Citations: Christian group predicts the world will be 'annihilated' on Wednesday (The Guardian)