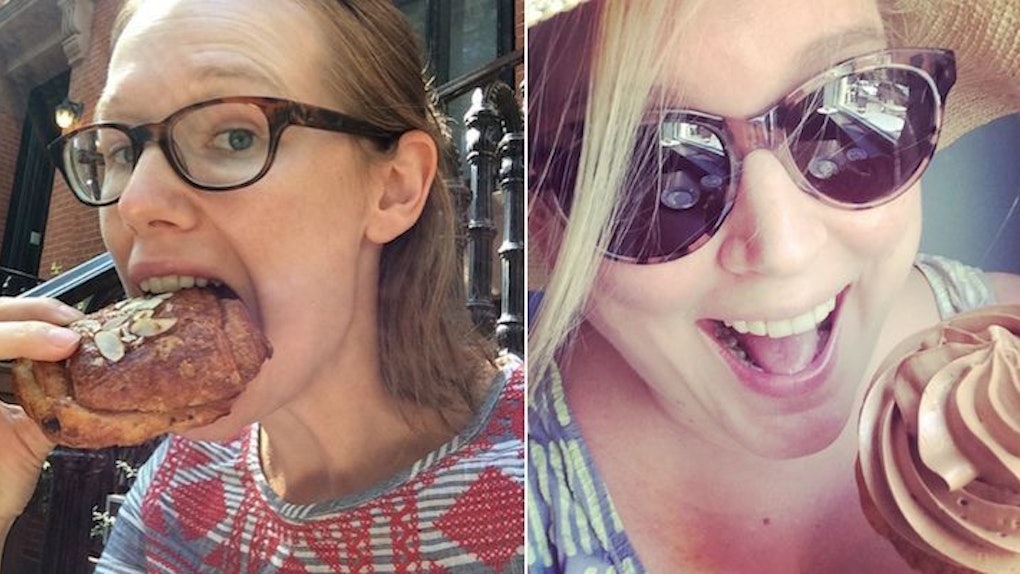 The people of Instagram are having their cakes and eating them, too.

About a month ago, blogger Jenny Rushmore posted a sketch to her Instagram of a bathing suit she planned to make.

The swimsuit design was drawn on a curvy female figure, and its caption included #BeachBodyReady.

According to Rushmore, an Internet troll commented on the sketch shortly after to tell Rushmore she should “eat less cake” if she wants a beach body.

The comment was quickly deleted, but the damage was already done.

In another post, Rushmore fired back with a healthy dose of scathing sarcasm.

To the random jerk who fat-shamed me this morning in a comment and suggested I eat less cake: As you can see from this pic my life is just a sad mess, so I'm glad you've helped steer my dietary choices, cheers! #effyourbeautystandards #CakeWithCashmerette

The sassy #CakeWithCashmerette caught on, and soon, bloggers from all over began posting photos of themselves eating cake to support Rushmore's cause.

The movement only began four days ago…

...but there are already more than 200 posts on Instagram.

Rushmore couldn't be more grateful for the outpour of support she received.

She told The Guardian, “I think body-shaming hits a nerve with a lot of women, and increasingly people want to fight back.”

Rushmore continued, “And what better and tastier way to fight back than with cake?”

Rushmore has long been a positive voice for plus-size women.

...and she helped create a line of fashion sketchbooks designed for plus-size women.

...and she's not going to let some rude trolls ruin her progress or mission.