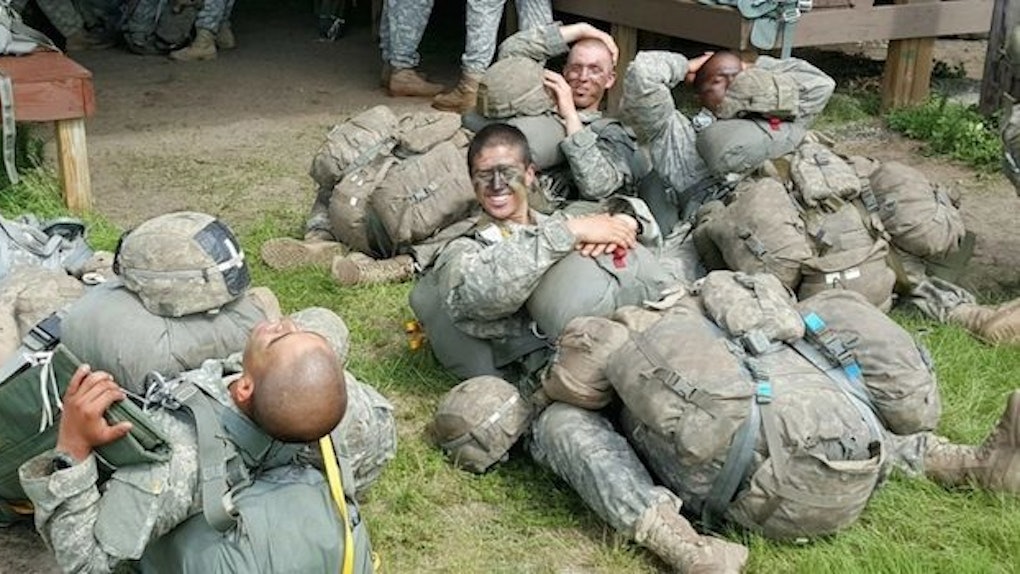 Two women will make history on Friday as the first-ever females to graduate from the US Army's Ranger School, The Washington Post reports.

The women, who remain unidentified, are said to be officers in their 20s and graduates of United States Military Academy at West Point.

They will reportedly receive Ranger tabs with the fellow graduates of the course -- 94 male soldiers -- at a ceremony at Ranger School headquarters in Fort Benning, Georgia.

Ranger School is a grueling military course lasting approximately two months, but it can take much longer if each of the three phases isn't successfully completed on a participant's first attempt.

In a statement, an Army secretary congratulated the new Rangers, acknowledging the program is designed to produce elite soldiers and leaders because it requires both mental and physical toughness; obstacles include intense stress, hunger and constant fatigue, and the reported average graduation rate is only 40 percent, making completion an impressive accomplishment for anyone.

The two women began the course in April alongside 380 men and 17 other women, placing them among the first class of females to ever participate in Ranger School.

Both their participation and graduations mark progressive shifts for the military in terms of the increased integration of women.

But, women are still prohibited from pursuing some opportunities in the military currently afforded to men, and it's unclear what the future holds for these two female soldiers; they allegedly aren't permitted to apply for the 75th Ranger Regiment, an elite Special Operations force requiring separate training.

The Army continues to reevaluate the roles of women in the military, and even though these women graduated from Ranger School, the military course hasn't always been open to all females. In 2013, the Pentagon announced women won't be fully integrated into front-line and elite combat roles until 2016.

While it's evident there is still skepticism over how this will impact the culture and effectiveness of the military, the two women graduating from Ranger School on Friday provide powerful counterarguments to such viewpoints.

Citations: Pentagon says women in all combat units by 2016 (CNN), History made Army Ranger School to graduate its first female students ever (The Washington Post)